Speaking in the aftermath of the Young Socceroos’ 2-1 loss to the USA on Tuesday night, Okon said Australian players are not sufficiently exposed on both the domestic and international stage.

“Most of these boys haven’t played football for two and a half months. Not only are we playing against a very good opposition but we’re also playing against ourselves,” Okon said.

“It’s something that has to change in this country unfortunately. These players are talented, they’re the future of this country but they just don’t play enough football.

“Liam Rose I thought was outstanding. He’s the perfect example of a super talented kid but if he’s only going to play five games a year then he’s not going to get to the level we hope and believe he can get to.” 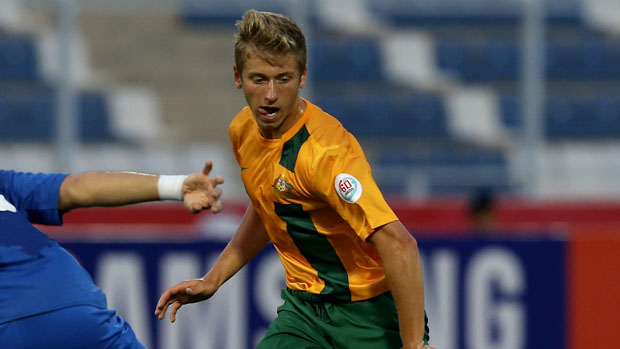 Stefan Mauk gave the Young Socceroos an early lead against the USA under-20 national side, before the visitors struck twice early in the second half to overpower a tiring Aussie outfit.

Okon admitted he was disappointed with the result but said he was impressed with his young side’s performance against a vastly more experienced opponent.

“Getting these sort of games at any time is always great but to have them here in Australia is even better,” he said.

“It gives the boys an opportunity to play international football. It’s something that we don’t think we have enough of so it’s a great experience for our young players.

“The result is disappointing because I don’t think we deserved to lose the game. It’s a learning moment for the younger boys.”