Caltex Socceroos goalkeeper Mat Ryan has been nominated alongside stars like Luis Suarez and Diego Godin for the La Liga World Player of the Year award for season 2015/16.

Ryan, formerly of the Central Coast Mariners in the Hyundai A-League, is one of nine international players up for the award after an excellent debut season in Spain with Valencia, in which he made 21 appearances in the league, Copa Del Rey, Europa League.

You can vote for Ryan at this link: http://www.laliga.es/laliga-world-player-2016

And the 24-year-old is in illustrious company with Barcelona superstar Luis Suarez among the nominees.

The winner will be announced at a gala awards night on October 24. The Laliga awards not only recognise stars of Spanish football but TV, leisure and music industries.

Ryan is currently in camp with the Caltex Socceroos in Jeddah ahead of Friday morning’s (AEDT) FIFA World Cup qualifier against Saudi Arabia. 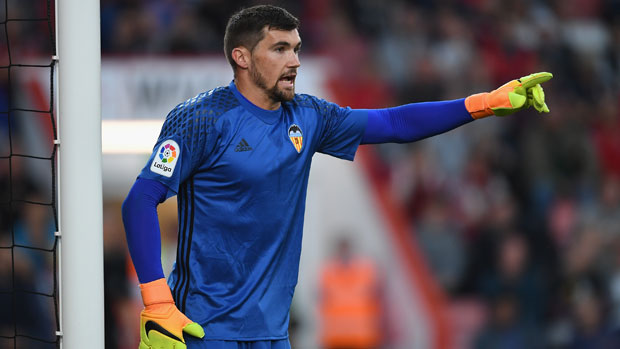 He appears to have overcome the knee injury that has kept him out of the last couple of games for Valencia and should be fit to start against the Saudis at the King Abdullah Stadium.

Following that match, Ange Postecoglou’s side then head back to Melbourne for next week’s blockbuster clash with Japan at Etihad Stadium on Tuesday night.