The AFC Asian Cup Australia 2015 is the most watched event in the tournament’s history, with television viewing, attendances and social media engagement all achieving record levels, event organisers announced Friday.

The event concludes Saturday with a final in Sydney between Korea Republic and the hosts, Australia.

AFC General Secretary Dato’ Alex Soosay said: “I am very pleased that we have been able to not only meet our original target for television audiences, but also surpass it. We can see the tournament gaining greater interest from all over the continent as it progresses, largely thanks to the quality of the games that are on offer.

“This is the glory of the AFC Asian Cup, which showcases the best of Asian Football. The continent may be filled with many different cultures and languages, but football transcends all barriers and the AFC Asian Cup has proved to be its perfect representation.” 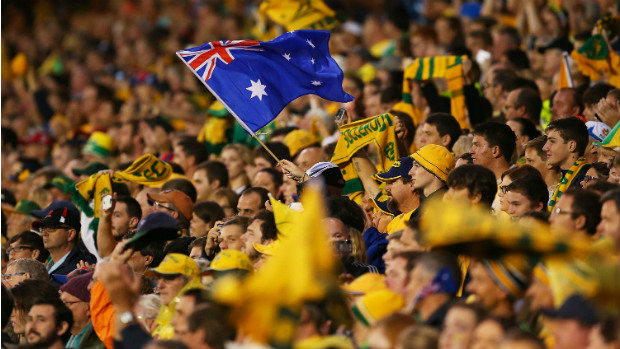 The semi-final achieved a reach (which measures the number of people who watched any part of the match) in the Korea Republic of 18.2 million, representing 37% of the country’s population.

Aggregate television viewership in Korea Republic for the two semi-final matches of 6.58 million surpassed the aggregate total for all four quarter-finals, at 5.7 million. The Korean data was provided by TNMS Korea / CSM Media Research-KantarSport Asia.

Television viewership in the host nation and other finalist Australia exceeded one million for their semi-final victory over the United Arab Emirates, making it one of the most widely watched football matches in the country’s history.

Pay TV channel Fox Sports drew an average of 337,000 for the semi-final, with free-to-air sublicensee ABC drawing 605,000 for their simulcast. The match had a reach of 2.5 million.

In China, Asia’s biggest market, the cumulative average viewership for the event was 182 million by the end of the semi-final stage and the cumulative reach totalled 950 million. Chinese data was provided by CSM Media Research - KantarSport Asia.

In Japan, average viewership peaked at 20.5%, corresponding to approximately 21 million people, for Japan’s quarter-final defeat to the United Arab Emirates.

Match attendances by the end of the semi-finals totalled 561,228 at an average of around 18,700, with up to another 100,000 people expected by organisers to attend the last two matches. The 3rd/4th Place Playoff between Iraq and the United Arab Emirates takes place in Newcastle on Friday.