Arnold calls for Caltex Socceroos to play 'the Australian way'

New head coach Graham Arnold wants his team to play ‘the Australian way’ and insists the Caltex Socceroos already have what it takes to go the next level on the international stage.

'Be brave and expect to win every game' were the messages as Arnold announced his new coaching staff at Football Federation Australia headquarters while giving his first press conference since he was officially appointed.

The three-time Hyundai A-League Premiership and two-time Championship winner emphasised his belief in the quality already at his disposal and his excitement for the budding young talent progressing through the ranks.

With such a deep knowledge of the players available for selection, Arnold laid out his expectations for the Caltex Socceroos under his stewardship – and that includes reaching the potential they already have.

“I know these players so well,” Arnold said. “I’ve coached them or coached against them and we need to play ‘the Australian way’ – which is being brave and going out to win every game and expecting to win every game. I do know that we have those players.

“Everyone talked about that our commitment was great in the World Cup and our discipline was great. Well, that’s the least I expect.

“When you put on that green and gold shirt, that is the most powerful shirt in the world of sport. When you put that on, that’s expected. Then it gets down to what is next.

How will the Socceroos play?

When asked about the technical aspects of ‘the Australian way’, the former Sydney FC and Central Coast Mariners chief outlined his intentions to implement a balanced and flexible style of play.

Arnold is determined to allow his key playmakers to flourish with the ball at their feet and he namechecked three who he may look to build around: Daniel Arzani, Tom Rogic and Aaron Mooy.

“Getting the right players on the ball, giving them the key to open the door, for the goalscorers, is crucial. Do I believe we have those players? Yes I do. We have Arzani, we have Rogic, we have Mooy. We have the quality in the front half of the pitch that can do that.”

“If you looked at the last two coaches, everybody talked about Bert van Marwijk being a defensive coach and Ange Postecoglu being an attacking coach, I’d like to consider myself in between

“I’m a coach of principles,” Arnold added. “It’s about how to defend, when to defend, how to press and – with the ball – how to build up, how to get your main key players on the ball, how to get the ball into goal-scoring areas.

“I have a clear plan in mind of the players, of what they can do and what they will do. I know the players very, very well and I’m very excited about the future.” 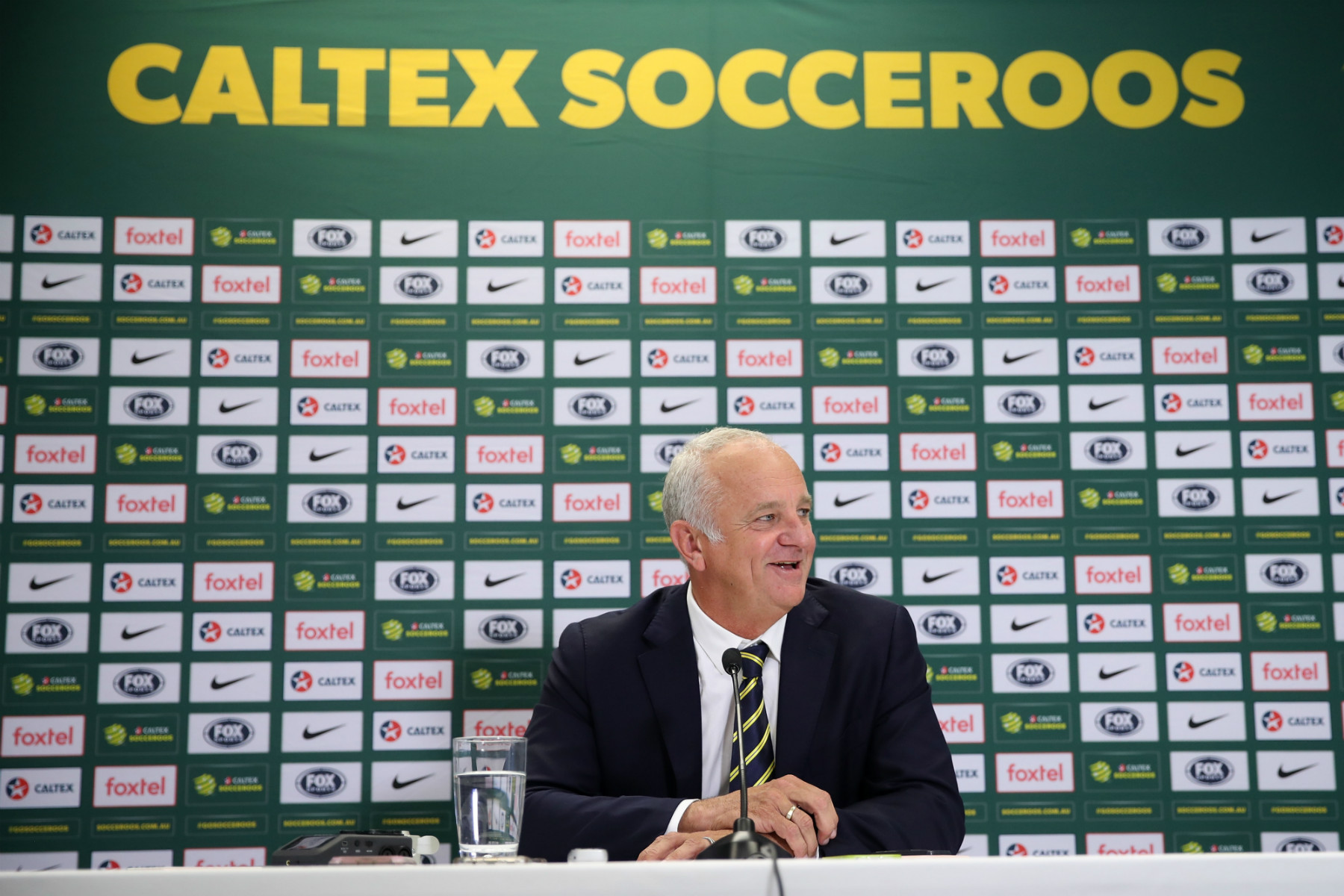 The future is bright

Arnold also announced that his coaching team will be taking on the responsibility of leading the Under 23s into qualifying for the Tokyo 2020 Olympic Games.

While observing some Joeys sessions during a recent camp at the Sydney Academy of Sport, Arnold was blown away by the talent on display – another factor which makes him excited about the future of the Caltex Socceroos.

“I went and watched an under-17 camp the other day with the Joeys,” he said.

“Those kids that were at North Narrabeen with the Joeys, they were three or four years old when the curriculum started. These kids are now coming. I’m so excited about the future.

“I know they will come, it’s a matter of giving them opportunities. I know FFA have spoken about expansion, expansion is coming. We are doing everything to make opportunities for the kids.

“I see the list of players’ names on the Olyroos, the under-23s, and the kids are coming. They are coming through, you have to believe it. I can see it.

“When those kids play quality international games and have good preparation, we’ll be going to the next World Cup expecting to win games.”

MEET THE TEAM: The man behind Ronaldo's rise, Liverpool's ex-chief physio and more