In the ultimate show of faith, Ange Postecoglou has picked Riley McGree in his 23-man squad for two crucial upcoming World Cup qualifiers and says the teenager could even see some game time.

The Adelaide 18-year-old was the shock inclusion in Postecoglou’s 23-man squad for this month’s FIFA World Cup qualifiers against Iraq (March 24) and UAE (March 28).

McGree has emerged as a star of the future with the Reds this season and Postecoglou admits he’s a fan of how the youngster has gone about his business this season.

“We haven’t had in the A-League too many teenagers even getting a run these days. I thought he looked exciting from the moment he broke into the team.

“I really like the way he’s adjusted to playing in an unfamiliar position against some pretty good opponents. He’s played Champions League (ACL) and A-League.

“He’s just someone I want to have a look at.

“This is the best time for me to have a look at him in this environment.

“Our next game’s not until June and the A-League would have well and truly finished by then.”

Ange on Riley playing against Iraq or UAE?

“If he does well at training, he could play. If he looks like he’s adjusted well in training and looks bright, we won’t be afraid to throw him in, either."

While the inclusion of McGree is a surprise given the midfielder has played just 13 matches in the A-League, Postecoglou insists he’s happy to give younger players an opportunity in the Green and Gold.

“I’ve never felt like I’ve needed to sit on these things.  I’ve always felt if there’s somebody there that’s got something I want to have a look at, I’ll bring them in.

“I’m not going to wait. I think in the past we’ve just waiting too long, particularly with some of our younger players.

“We’ll give him an opportunity and see how he adapts to the environment. If it proves to be a good move, he could be an exciting one for us in years to come.” 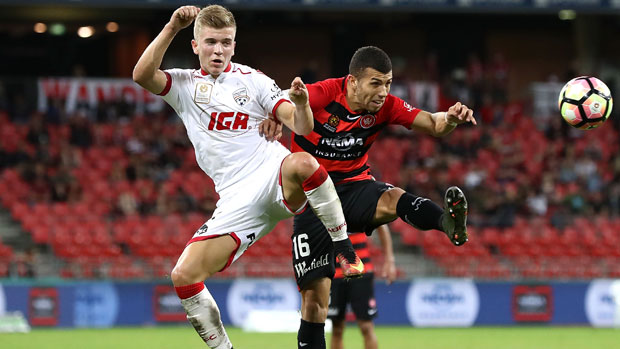 McGree is set to be in action in the ACL on Wednesday night with Adelaide at home to Jeju United before  backing up in the Hyundai A-League on Sunday against Brisbane Roar before joining up with the national team in Tehran.

The Caltex Socceroos tackle UAE in a crucial World Cup Qualifier in Sydney on March 28.  Click here for tickets.