It’s less than a month until the start of the 2018 FIFA World Cup in Russia and as part of our countdown to the tournament, we are profiling every Australian player who's been to a FIFA World Cup.

Today we continue the countdown with one of the biggest cult heroes of his generation of Caltex Socceroos – Josh Kennedy, the man fans called ‘Jesus’. 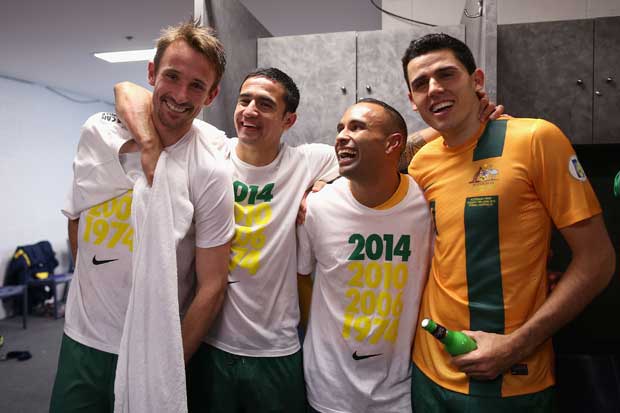 Kennedy was Guus Hiddink’s joker in the pack for the 2006 FIFA World Cup and it was game one where he proved his worth.

The lanky striker hadn’t made a senior national team appearance until after he was brought into the pre-Germany training camp but when a goal was needed against Japan, Hiddink called on Tim Cahill, John Aloisi and Kennedy. The change paid off and Kennedy played a role in combining with Cahill and Aloisi for the Caltex Socceroos’ third goal.

Kennedy was also an impact substitute against Croatia, causing havoc, drawing Josip Simunic’s second of three yellow cards and being fouled in the box on the full time whistle.

The goal that Josh Kennedy will forever be remembered for his is header against Iraq at Stadium Australia to qualify the Caltex Socceroos for the 2014 FIFA World Cup. 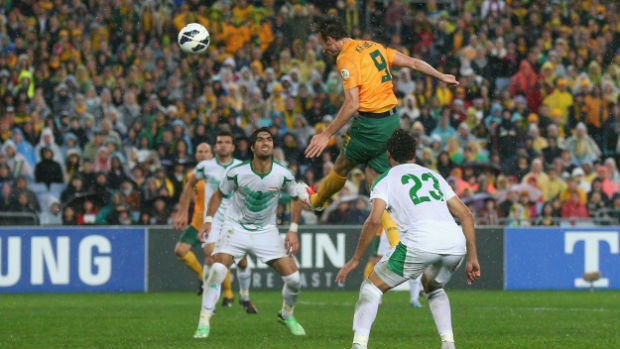 A long and arduous campaign under then coach Holger Osieck went down to the final game, with Australia needing a win. With scores level, Osieck threw on the big No.9 and he popped up with a perfect header to redirect Mark Bresciano’s cross into the back of the net.

After a brief stint back in the Hyundai A-League with Melbourne City, Kennedy decided to call it a day after being hampered by persistent niggling injuries.

Kennedy is now an occasional pundit on Fox Sports.

Kennedy, a 194cm striker that towered over defenders, is married to a former Opals basketball star and Commonwealth Games gold medalist Jacinta who herself is 185cm.