The 2018 FIFA World Cup in Russia is looming large and as part of our countdown to the tournament, we are profiling every Australian player who's been to a FIFA World Cup.

Today we continue the countdown with one of Australia’s ‘golden generation’, classy midfielder Marco Bresciano.

His best moment was undoubtedly at the 2006 edition, with the midfielder delivering the cross which allowed Harry Kewell to net the famous equaliser in a 2-2 draw with Croatia.

That goal allowed Australia to finish second in the group behind Brazil and sent the Socceroos into the Round of 16 for the first time.

Bresciano enjoyed a hugely successful career at both club and international level, playing 84 internationals for the Socceroos.

The midfielder played for some huge clubs in Italy including Empoli, Parma, Palermo and Lazio.

He is perhaps most famous for scoring the crucial equaliser in the 2005 World Cup Playoff against Uruguay, helping Australia eventually qualify for their first World Cup in 32 years.

Bresciano remains sixth on the all-time list of appearances for the Socceroos, with the midfielder netting 13 goals for his country.

He was a part of the Australian squad which won the 2015 Asian Cup on home soil. 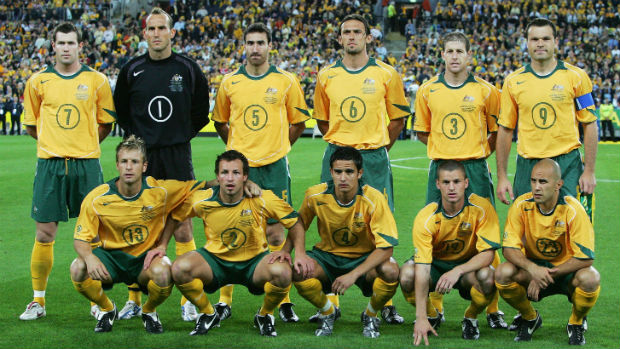 Bresciano retired in 2015 and has spent time back in Italy and in Melbourne since hanging up the boots.

He was recently inducted into the FFA Hall of Fame.

Bresciano was on the verge of signing with Manchester City in 2007 and even signed a personal contract with the EPL club.

But a change of heart from his club in Italy (Palermo) scuppered the deal and he remained there for another two seasons.