Football Federation Australia (FFA) today confirmed the 26-player squad that will participate in Australia’s U-23 men’s national football team training camp in Sydney over the next nine days.

The entirely domestic-based selection features eleven (11) players from the squad that helped Australia qualify for the Tokyo 2020 Olympic Games in January this year, when Australia secured third place at the AFC U-23 Championship in Thailand.

While in camp the Australia U-23 selection will play two friendly fixtures against A-League clubs – the first against Sydney FC on Thursday, 12 November 2020 (kick-off 7:00pm AEDT) at Netstrata Jubilee Stadium in Kogarah, and the second on Tuesday, 17 November 2020 against the competition’s newest club, Macarthur FC (kick-off 3:00pm AEDT) at the same venue.

Click here to watch the game on Facebook. Hit "Get Reminder" to be notified when the game goes live! Or, watch in the Youtube player below!

Players with AFC Champions League commitments with their clubs in Doha, Qatar (Sydney FC and Perth Glory FC) will depart the assembly following the first match of the camp later this week.

The squad began to convene in Sydney on Sunday, and the team’s Head Coach, Graham Arnold, said players arrived with a spring in their step.

“After a year of little national team activity, the players arrived yesterday eager to be back in camp and to resume the journey to Tokyo,” Arnold said.

“This group of players – and the many more we are monitoring in Australia and overseas – have the opportunity to be part of a special period in Olyroos history as we work towards Tokyo. The next nine days and the forthcoming A-League season represents a fresh start and a great opportunity for all players to push their case for Olyroos selection in Tokyo,” he said.

A limited number of tickets (due to COVID-19 protocols) will be available for the first fixture between Australia U-23 and Sydney FC, with tickets on sale now via Ticketek. All patrons are reminded to follow the latest health advice and observe COVID-safe protocols, including staying home if unwell.

Australia U-23’s matches against Sydney FC and Macarthur FC will be streamed live and free by FFA, with the games to be available via Facebook, Kayo Sports, Youtube, and the My Football Live App.

Leading Australian football commentator, Simon Hill, will call the action during both fixtures. Throughout the Sydney FC broadcast, Hill will be joined by Trevor Morgan (National Technical Director and Joeys Head Coach) to discuss the challenges and opportunities that exist in Australian football’s elite men’s pathways, and to shine the light on many of the clubs and programs that have contributed to the development of the talented players on display.

Click here to watch the game on Facebook. Hit "Get Reminder" to be notified when the game goes live! 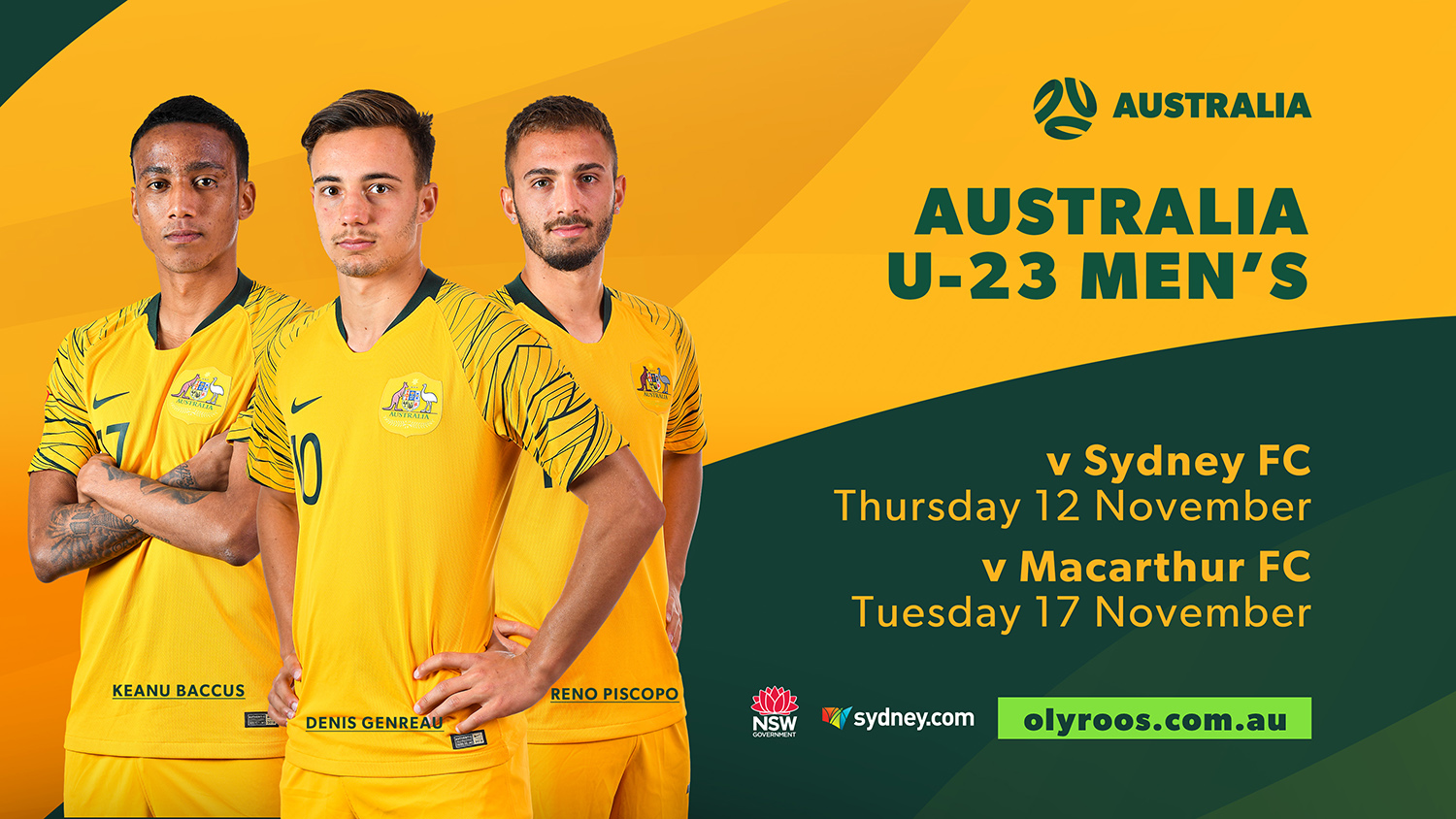