Socceroos slump to defeat against Qatar

A Khalfan Ibrahim goal condemned Australia to a 1-0 defeat against Qatar on Wednesday, leaving Ange Postecoglou with plenty of questions to answer ahead of the 2015 AFC Asian Cup.

The Socceroos, playing their 500th international match, were expected to make amends for their dour 0-0 draw with the United Arab Emirates on Saturday morning.

And although it was a more entertaining contest at Doha's Abdullah bin Nasser bin Khalifa Stadium, the men in green and gold again proved unable to breach the opposition's defence, conceding a soft goal to return from two Gulf friendlies empty-handed.

Postecoglou made eight changes to the starting XI that were held by the UAE, centre-back Alex Wilkinson, captain Mile Jedinak and forward Robbie Kruse the only survivors.

Mitch Langerak took the gloves from Mat Ryan, as Chris Herd, Nikolai Topor-Stanley and Aziz Behich joined Wilkinson at the back.

Mark Bresciano was deployed slightly ahead of holder Jedinak, with Tommy Oar on the left, James Troisi at No.10 and Tim Cahill up front.

It took just two minutes for some familiar faces to resume their well-established partnership. Bresciano picked out Cahill unmarked at the back post, only for the New York Red Bulls man to power an uncharacteristically weak effort harmlessly into the turf.

Despite dominating possession, the Socceroos had to wait until the 24th minute for another presentable chance to arrive. This time Cahill, winning an aerial challenge inside the area, nodded down to Troisi, who saw the angle for a right-foot curler closed off, before his eventual left-foot strike was well saved by goalkeeper Qasem Burhan.

Reading's Adam Federici replaced Langerak at half-time, while Josh Brillante came on for Jedinak. Australia stepped things up early in the second half, although a succession of corners and half-chances failed to really trouble the hosts.

And they were punished for not making more of those opportunities. Khalfan sprang the offside trap to slot a low finish beyond Federici in the 61st minute, Topor-Stanley having narrowly failed to cut out Sebastian Soria's assist.

Cahill had a decent chance to level in the 68th minute, turning his man just inside the area before firing a low strike straight at Qasem.

Postecoglou progressively introduced Bernie Ibini, Mathew Leckie, Brad Smith and Ivan Franjic for Kruse, Cahill, Oar and Herd respectively from the hour-mark onwards. But the men in green and gold struggled to recapture the momentum they had built early in the second period, the hosts seeing out the time remaining in relative comfortable to claim the scalp of a regional powerhouse. 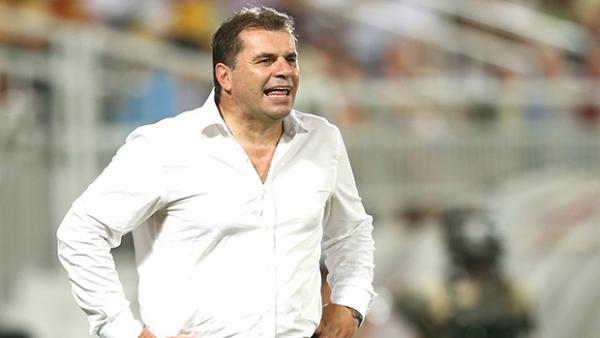 Ange: These results are my doing

Socceroos coach Ange Postecoglou insists confidence will not be affected by a surprise 1-0 loss to Qatar and has taken responsibility for a downturn in form ahead of the 2015 AFC Asian Cup. 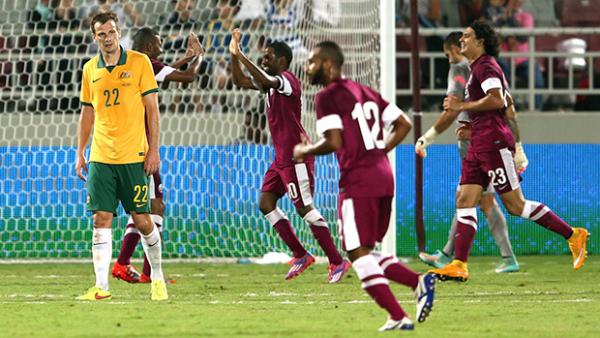 Socceroos slump to defeat against Qatar

A Khalfan Ibrahim goal condemned Australia to a 1-0 defeat against Qatar on Wednesday, leaving Ange Postecoglou with plenty of questions to answer ahead of the 2015 AFC Asian Cup. 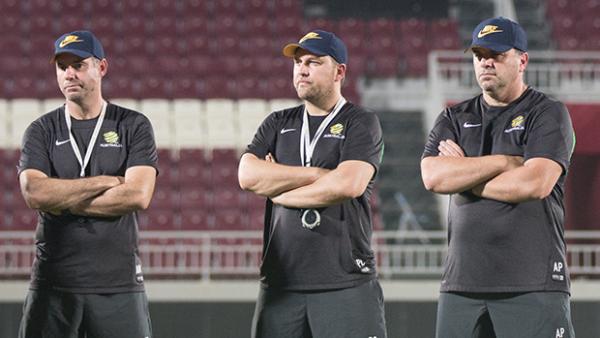 Socceroos coach Ange Postecoglou discusses the lessons learnt against the UAE, possible changes for Australia's 500th international and his vision for the upcoming Asian Cup. 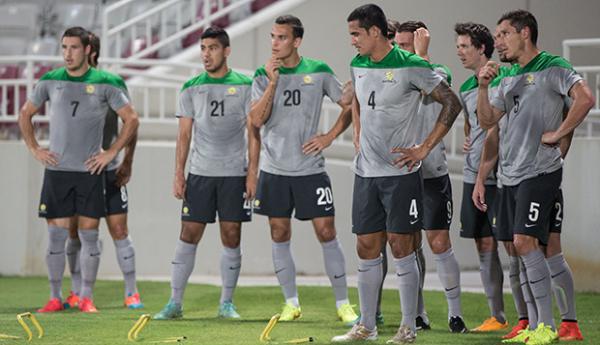 Big names back for Qatar test

Socceroos coach Ange Postecoglou says he will make at least four changes for Wednesday mornings (AEDT) clash with Qatar as a host of his squad return to full fitness. 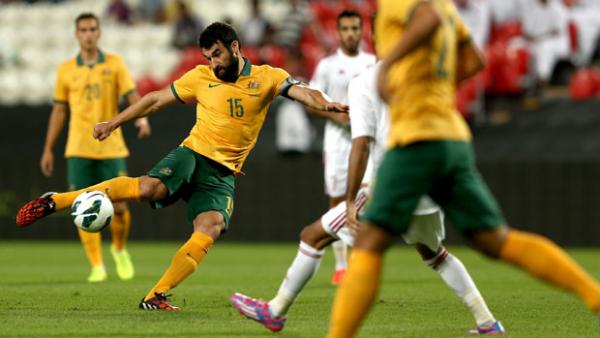 The Socceroos will hope to combine their new-found defensive solidity with a cutting edge up front when they tackle Qatar in the early hours of Wednesday morning. 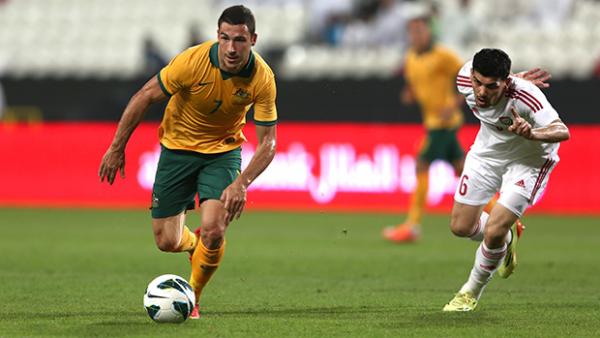 Leckie desperate for more goals in the green and gold

Socceroos winger Mathew Leckie says he is desperate to add goals to his all-action performances in the lead-up to January's Asian Cup. 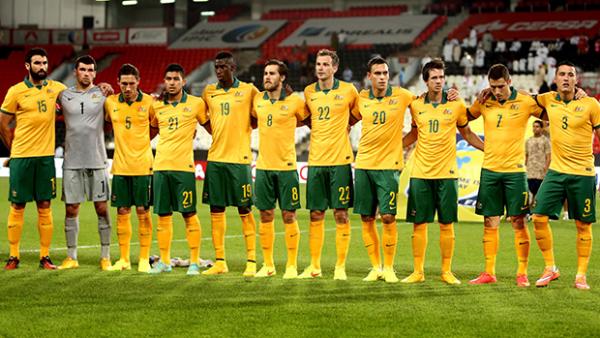 From Dunedin to Doha

There's a major milestone for Australian football happening this week when the national team takes on Qatar in Doha ? it's the 500th A international match for the Socceroos. 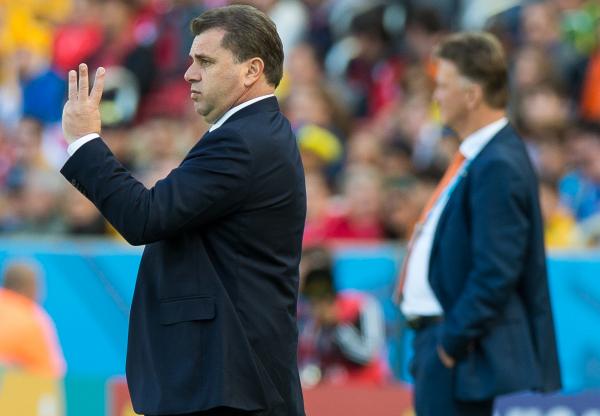 Ange: After Brazil we don't fear anyone