In an extensive interview in the Daily Mail in England this week, Irvine, one of the standout players in this season's Championship with Burton Albion, revealed he had a number of sports heroes as a youngster but the ex-Australian, Leeds and Liverpool star was top of the list.

For the full interview, head here

“Harry Kewell was my main idol growing up,” Irvine told the Daily Mail. 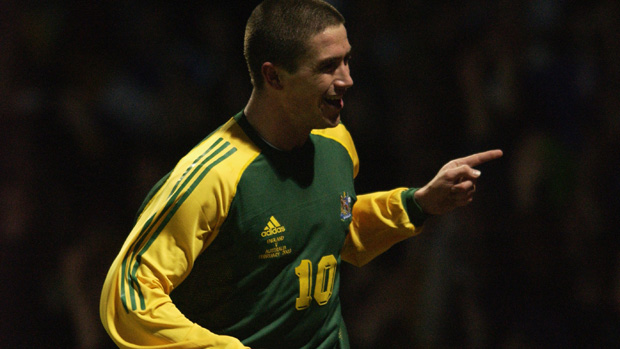 “In his prime, what a spectacular player he was.

“Tim Cahill as well, and Mark Viduka. Probably those three.

“They were the peak of Australian football at that time during the mid-to-late 2000s when I was 10 and 11 and then in my early teens.”

A decade on and it’s Irvine who is now the one being idolised by wide-eyed kids for his performances for club and country.

The 23-year-old became Championship club Burton Albion’s record signing in the English summer and has lived up to his big price tag so far.

Irvine is the Brewers’ leading scorer with eight goals from 28 appearances as they look to defy the odds and avoid the drop back down to League One (they sit one spot above the relegation zone). 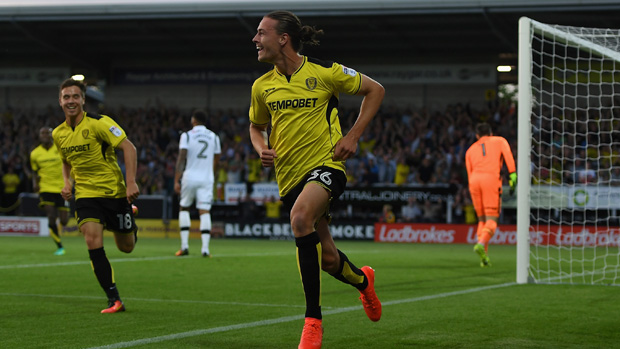 His superb club form has seen the midfielder – who represented both Scotland and Australia at youth level become a regular in Ange Postecoglou’s Caltex Socceroos squad over the last 12 months.

While Irvine made his senior international debut against Canada in October 2013, he says his proudest moment in the green and gold came in FIFA 2018 World Cup qualifier against Bangladesh in Perth two years later.

Irvine was a 76th minute substitute as Australia cruised to a 5-0 win at nib Stadium that night, with his entire family in the crowd to watch him make his first home national team appearance.

“I would say my proudest moment on a football pitch was playing for my country in front of my parents, my sister and my grandad in Australia for the first time,” he said.

“My family flew all the way across from Melbourne to Perth to come to that particular game. We had a 23-man squad so I didn’t know if I was going to come on. But to play for 14 minutes – and in a World Cup qualifier - was pretty special. 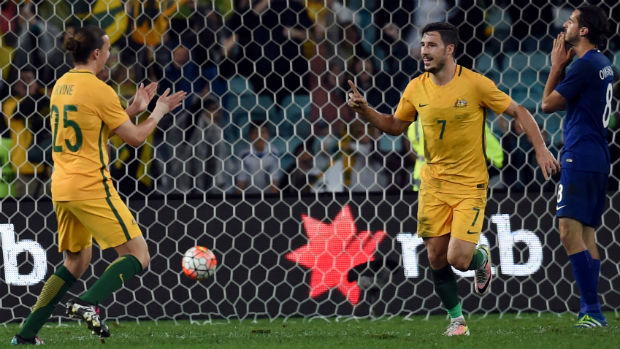 “It’s probably not my best achievement, but it’s my proudest moment.

“My dad’s a Scot and I played for Scotland at Under-19s, which was a massive thing for that side of my family. My dad still has my Scotland shirt framed in his office.

“I lived six years of my life in Scotland and I’ve always had a big connection to that part of my life. I’ve never regretted playing for Scotland at that age group but I’ve always wanted to play for Australia from the youngest age.”