'These boys are ready': Arnold confident ahead of AFC U-23 qualifiers

Graham Arnold was at the helm the last time an Australian team qualified for the Olympic Games with a squad skippered by Mark Milligan and containing a host of players who would go on to become Caltex Socceroos.

Now 11 years on from those 2008 Games, Arnold leads a new crop of players looking to reach the 2020 tournament in Tokyo, with their opening qualifier against Cambodia later tonight.

"I see this squad as better,” Arnold declared on the eve of Australia’s clash in Phnom Penh.

“Mainly because when I coached the Olympic team in 2007 there was no National Youth League and I think [the A-League] was an eight-team competition.

"Mark Milligan and Adrian Leijer were probably the only two playing consistently. Since then the A-League clubs have got more professional and the kids are in a good professional environment.

AUSTRALIA'S U23's: McGree and Genreau eager to play key role on road to Tokyo 2020
READ: 23s show good signs against tough Tigers team
HARMONY DAY: 'We have to thank Australia for this opportunity': The magnificent mix of our Caltex Socceroos

"The one negative is that in 2008 I had probably 30 games with that Olympic team. We were in quite a number of competitions and tournaments around the place.

"The Olympic qualifiers in those days were home and away so we played 16 home-and-away games, to get to the Olympics I think we played 30 games. This team has played one game.

"It's very important to getting to know each other and playing together. Preparation is the key.”

And Arnold is confident his side will be ready following their intense week-long training camp in Kuala Lumpur.

The camp allowed the players to acclimatise to the steamy conditions they will face in Cambodia.

Arnold's side also got to play key practice matches against Malaysian Super League side Petaling Jaya City FC and the Malaysian U-22 National Team. 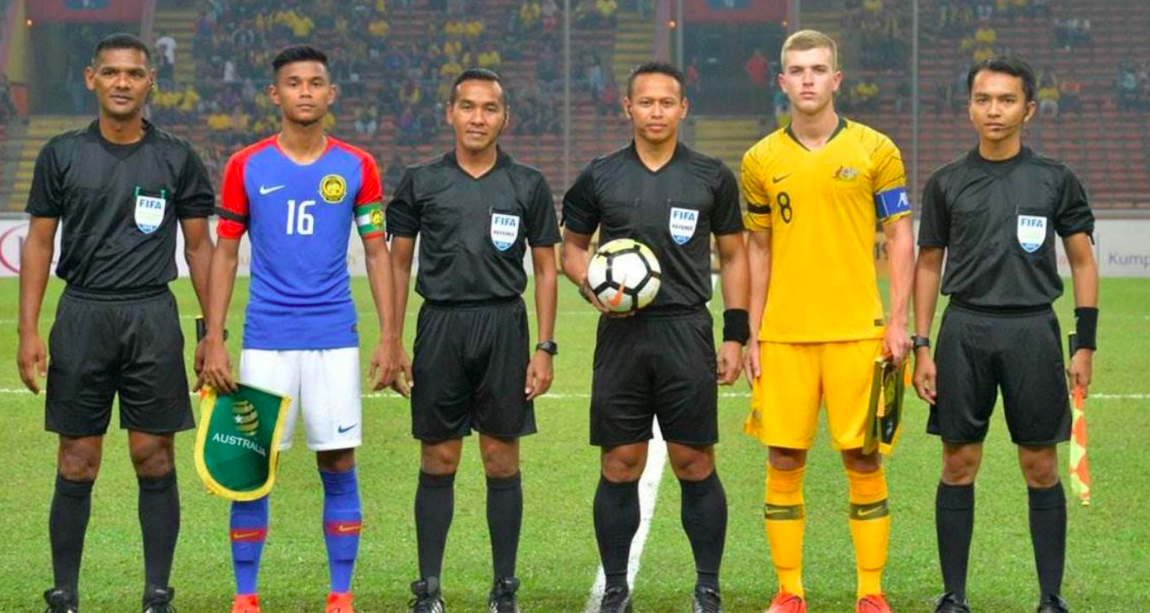 “The improvement in this group in 10 days has been remarkable,” Arnold said.

“I’ve said to the boys I wish I could coach them at clubland because there’s a lot of energy in the group, a lot of positiveness and there’s a will to win.

“We’ve only had the one week and the one international game together but to gel the team together, it’s been a good preparation for us getting used to each other and the players getting to know each other.

“These kids are in great shape, mentally I can see they are ready, there will be no excuses and they will be ready for Friday night,” the U-23 boss added.

“The idea of coming a week early to give these kids the biggest opportunity because they only have one opportunity in their career to achieve a big goal for themselves by becoming an Olympian.”

Following the clash with Cambodia tonight, the young Aussies will take on Chinese Taipei on Sunday and then Korea Republic (Tuesday).

A first-place finish in Group H would seal a place at the 2020 AFC U-23 Championship, while Australia would also qualify for next year’s tournament should the squad finish as one of the four best second-placed teams in qualifying.

"One stat to show how important this level of international football is...when you become an Olympian you have an 87% chance to become a Socceroo," Arnold said.

"Some of these players, they need to come through and get into the Socceroos squad quickly. We've had retirements at Socceroos level. We've had injuries and we need more depth."