In incredible scenes at City’s home ground, fans stormed onto the field at the full-time whistle to celebrate a stunning night in the Championship club’s history.

City took a second-half lead through Joe Bryan’s classy strike, only for Zlatan Ibrahimovic to equalise from a set piece.

But after withstanding a barrage of pressure in the second half, Smith’s late goal secured a famous victory for the Robins.

It is City’s best result in the competition since reaching the Semi-Finals in the 1988/89 season.

The Semi-Final draw was conducted shortly after the final whistle at Ashton Gate, with Bristol pitted against Pep Guardiola’s high-flying Manchester City.

The Carabao Cup semi-final ties will take place over two legs, with the first fixtures to be played the week beginning January 8, 2018.

Manchester City will host the first leg at Etihad Stadium with the return leg to be played at Bristol’s home ground a fortnight later. 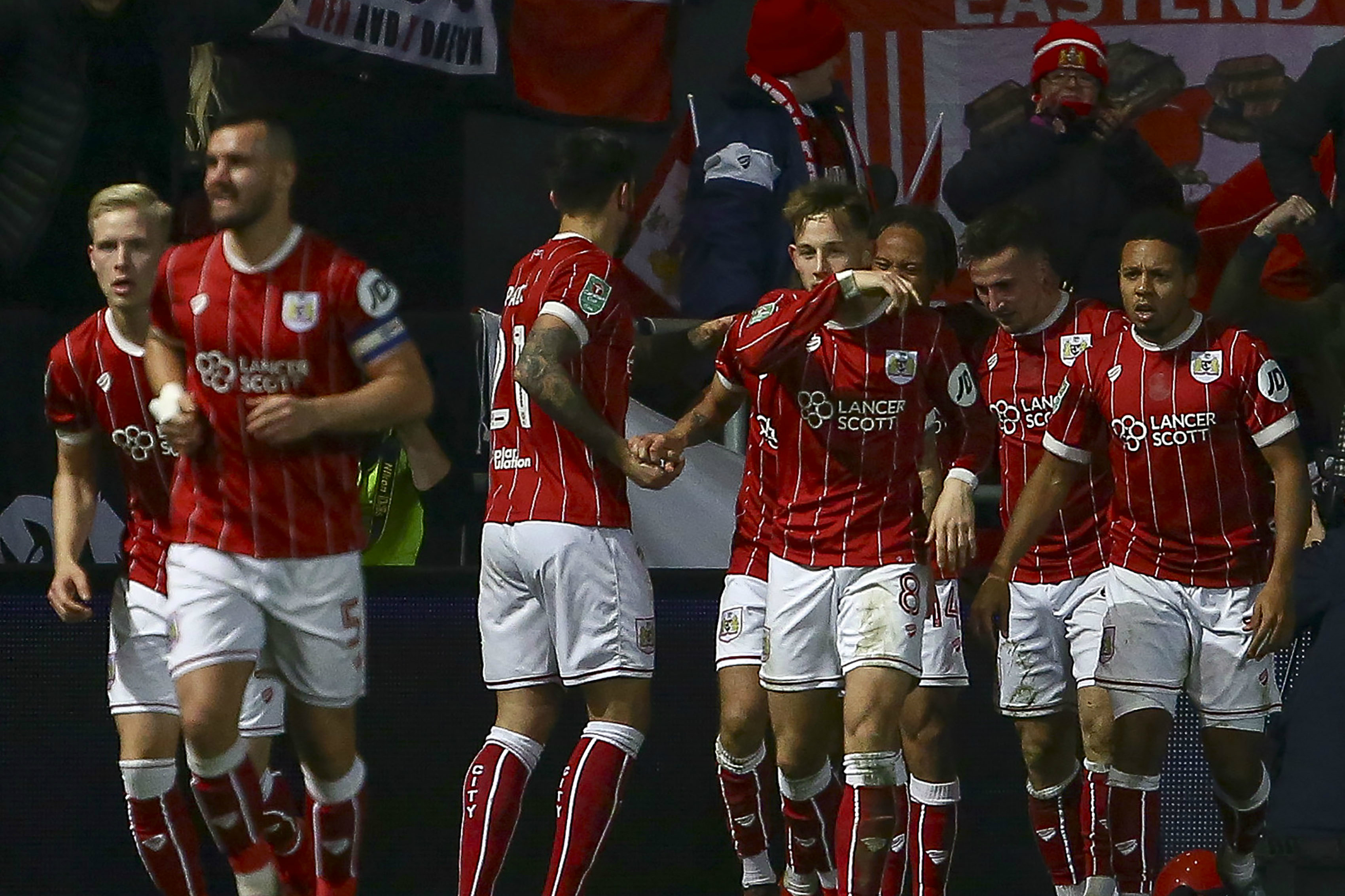