Saudi Arabia welcome the Caltex Socceroos on matchday 3 of World Cup Qualifying next month with top spot in Group B up for grabs after both sides won their opening two fixtures.

The Saudis are desperate to return to the World stage after a prolonged absence but have failed to fire in the early stages of this campaign, as John Duerden explains.

In the final round of qualification for the 2018 FIFA World Cup, Group B is the group that keeps on giving.

When the draw was made, much of the attention was focused on how the Caltex Socceroos were going to fare against the old rivals Japan.

But then on the opening night, the United Arab Emirates went to Saitama Stadium to beat the Samurai Blue 2-1 and send shock waves across Asia. It made Australia's visit to Abu Dhabi all the more intriguing and exciting. The subsequent 1-0 win helped Ange Postecoglou's men maintain a perfect start to the final round.

There is another team that also sits on six points after the first two games and Saudi Arabia is the next destination for Austalia. The October 6 clash in Jeddah is set to be big.

Saudi Arabia can't wait. It is one of only four Asian representatives to get to the knockout stage of the FIFA World Cup. That was back in 1994 when Saeed Al-Owairan made headlines around the planet by slaloming through the Belgian defence to score one of the best goals in the tournament's history. 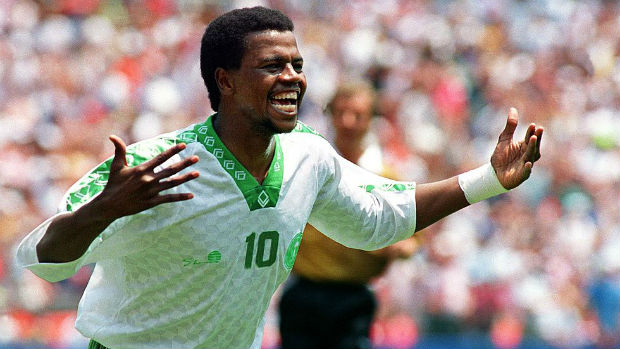 That was the first appearance on the global stage. Three more followed as the Green Falcons established themselves well and truly as an Asian powerhouse. The world had come to expect to see Saudi Arabia every four years. But then it all stopped with a last appearance coming back in 2006.

Qualification for the 2010 tournament ended with a surprise play-off defeat at the hands of Bahrain. At least it came close but four years later, Saudi Arabia's campaign ended without even reaching the final round of qualification.

Dutch mentor Bert Van Marwijk led the Oranje to the Final of the 2010 FIFA World Cup. Now he is charged with the task of taking Saudi Arabia to a fifth appearance at the Finals.

So far, so good. The second round of qualification saw a trickier group than most but the team looked fairly comfortable against the United Arab Emirates, Palestine, Malaysia and Timor Leste.

The third round has started well. Luck has been with the team so far. In the opening game at home to Thailand, Saudi Arabia was not at its best against a Thai team that pressed and pushed. It was goalless until six minutes from time when the referee handed the hosts a penalty. It was enough to win 1-0. 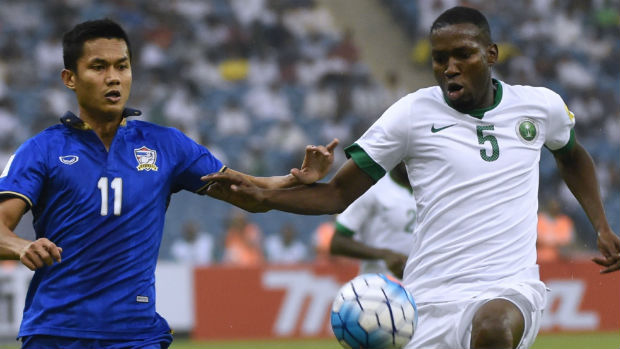 Matters were worse against Iraq. The first half in Kuala Lumpur, played at a neutral venue due to security issues, was as bad a 45 minutes as the Saudis have had under the coach appointed in 2015. The Greens were lucky to go in at the break just 1-0 down.

Then Saudi Arabia were awarded two late penalties which were both coolly dispatched by Nawaf Al Abed. The playmaker has been one of the bright sparks so far and when star striker Mohammad Al Sahlawi is back to fitness, then the team could be very dangerous.

The fact that the West Asians have six points from two games without playing especially well could indicate that the team is going to struggle when the real tough tests come or could be a sign that this is a team that can win even when it is not in top gear.

Such questions may be answered when Australia comes to town.