Beyond the events on the pitch, there can be few images that so closely tie Australia to the FIFA World Cup™ as that of Les Murray anchoring the SBS coverage.

Sadly, for the first time since he began filing reports on Mexico 1986, local fans will be without the company of a one-man institution who kept them informed and entertained throughout the wee hours.

The beloved broadcaster, writer and football advocate passed away last July, leaving an indelible imprint on the generations who grew up with him at the helm.

Renowned commentator Martin Tyler, who was recruited to SBS' on-air team in 1990, will be among the many striving to uphold his friend’s legacy.

"Les' sense of history for the game was word perfect," Tyler told socceroos.com.au.

"His voice, particularly the voice-overs … where he set the scene, found the words, delivered them in such a mellifluous way, I was very envious of that.

"And [I was] delighted to be in the same broadcasting team as Les.

“Les was a real brother because we were broadcasters." 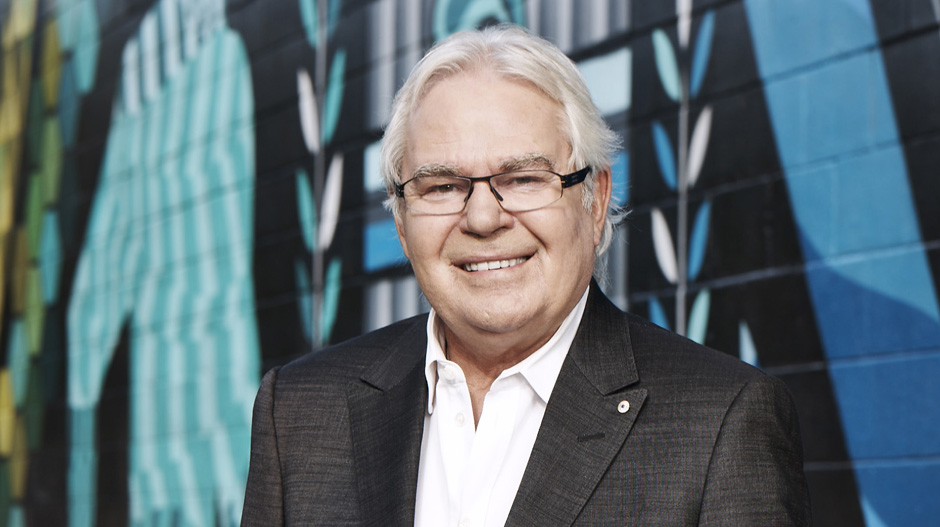 Tyler's long association with SBS also brought him into close contact with another giant of the local game, Johnny Warren.

At the heart of the pioneering team that made history in 1974, Warren set high standards for Australian football, challenging the community to view the FIFA World Cup as a tournament to be won and not merely admired.

And his lofty expectations were not confined to local borders.

"Like Les, [Johnny was] extremely serious about his football. Particularly about the way the game was played," Tyler recalls.

"He could be quite damning of some of the English teams we’ve seen together over the years! 'Kick and rush' was an expression he would reach for quite early.

"He loved South American football, Johnny. He loved to see the game played with passing."

Warren's tenacity in defending the sport he loved was reflected in his devotion to delivering a respected on-air product.

Murray once described the FIFA World Cup as SBS' "biggest weapon" and 'Captain Socceroo' Warren was a leader in ensuring football had a gateway into homes, minds and hearts.

"He was very serious minded. A good sense of humour, but we were working. We were there to work," Tyler said of the 42-time international.

"Although we had a lot of fun doing it, the fun came from doing the job properly. It wasn't a jolly up, not by any means.

"Working with Johnny and Les, you knew you had to be on your A-game.

"Every time I set off to go and work with them I knew the friendship would be there, but we would judge everything by how the broadcast went. And that's how it should be.

"They were great pros, great people and I miss them both dreadfully."

Watch games LIVE on SBS or stream via The World Game website or the 2018 FIFA World Cup app. Click here to find out how to watch LIVE on Optus Sport on your TV, mobile, table or computer