Williams ‘stoked’ to be back in Socceroos mix

Perth Glory’s utility man Rhys Williams says his decision to return to WA and play for his home-town club is paying dividends, following his inclusion in the latest Caltex Socceroos camp ahead of Australia’s World Cup qualifiers against Iraq and the United Arab Emirates later this month.

The 28-year old, was named in the 30-man provisional squad today by national coach Ange Postecoglou.

“The team manager dropped me a text and he asked to speak to me and I thought that was a bit strange ..so I called him and he told me I was in the 30. It was a great feeling. I rang my wife straight away and I felt we’ve come a long way since my injuries” he said.

Williams has been capped 14 times and last played for the Socceroos in 2013.

“My last game was Ange’s first game so I’ve got a lot of ground to make up on.

“He’s one of the best managers I’ve been with.  He’s done great with the boys …. the Asian Cup and all, it’s been hard to sit back and watch it. I just need to get my head down and get on with it”. 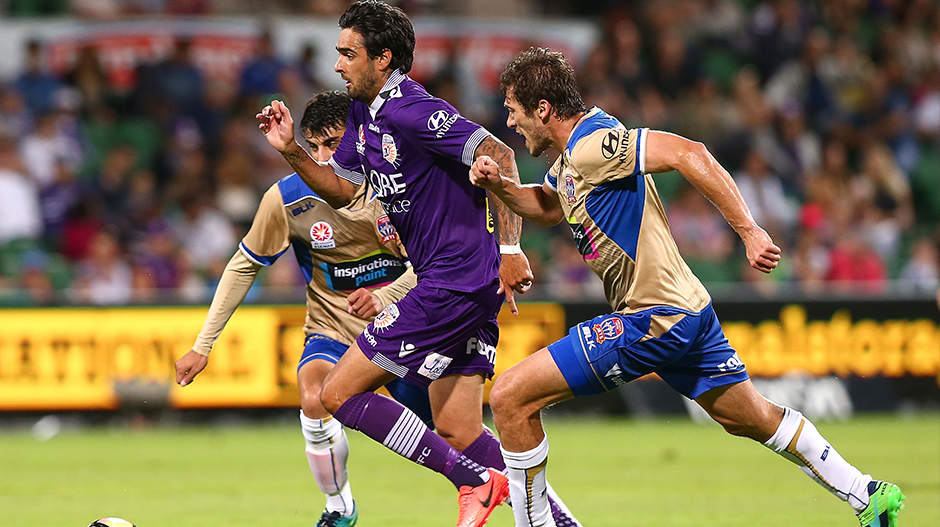 “I always said if I’m playing well for my club everything will fall into place and I believe everything happens for a reason”.

“I thought it was all over…. but to come home, prove my fitness, play regular and see where it takes me. I feel lucky I’ve got this call and I don’t want to disappoint now” he said.

“Nothing changes, we’ll go out and we want to beat the Victory this weekend and make our way up the ladder. As long as I’m doing well for the boys here, that’s the main thing”.

Glory’s clash against Victory kicks-off 4.50pm WST. Perth’s next home match will be at nib Stadium on March 26.