'This will make us stronger': Socceroos' stunning first win over Germany

The Socceroos pulled off a stunning upset over football powerhouse Germany in a thrilling encounter in Monchengladbach.

Second half goals from Luke Wilkshire and David Carney helped steer the side to a memorable first-ever victory over the third ranked nation in the world, while also serving as a bit of revenge for the 2010 FIFA World Cup South Africa loss.

Captain Lucas Neill, who led the Socceroos on both occasions, said the win helped make up for both the disappointment in Durban and losing the Asian Cup final to Japan.

"It's just a great response, like we always seem to do, we learn from our mistakes and make sure we don't do it again," Neil said. 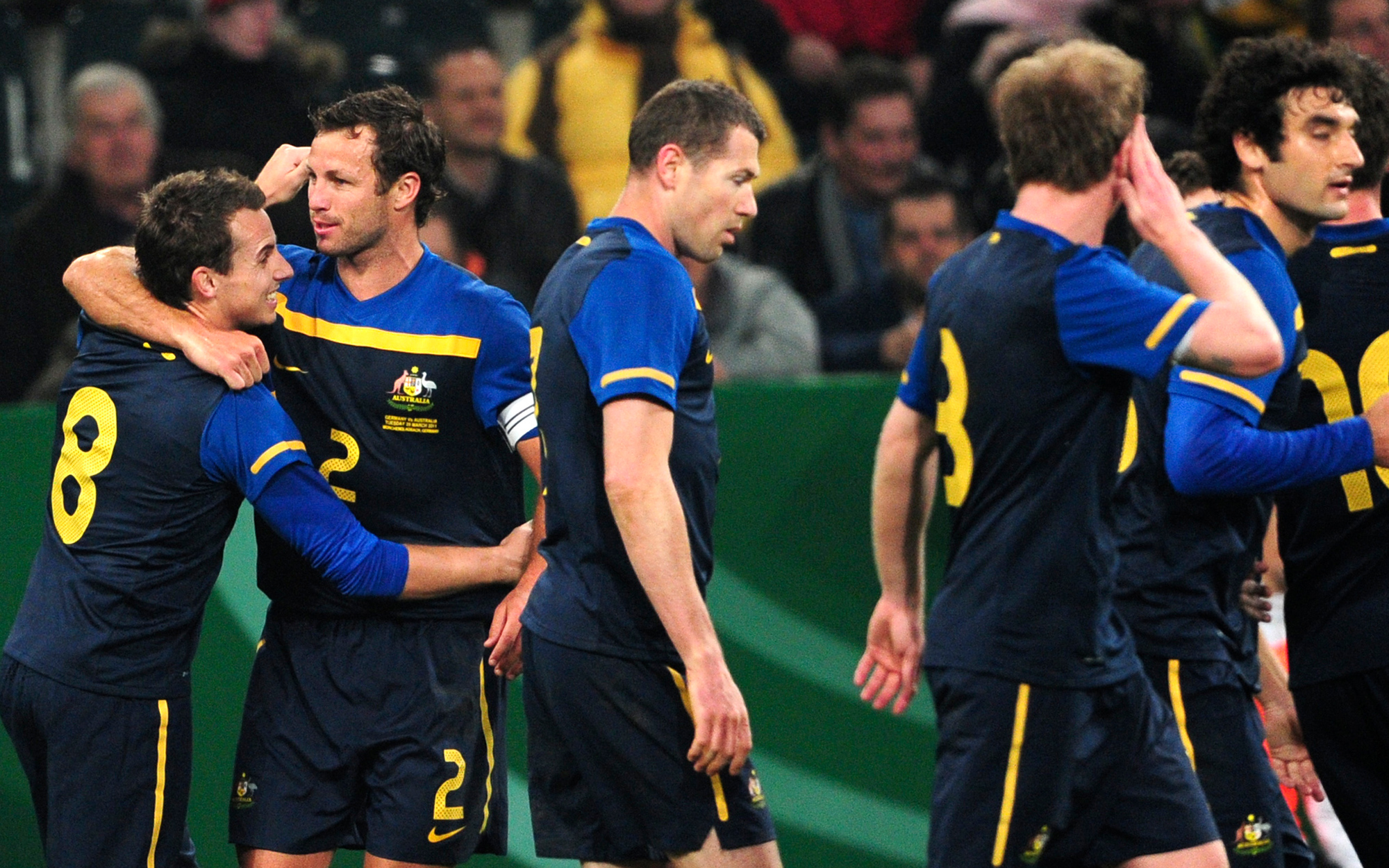 "As well as losing the Asian Cup final, it has been a great education to bounce back.

"We put those bad performances behind us and come back with a really good win.

"This is great for the future of the game in our country: by knocking off big teams, we keep surprising ourselves with good performances and give the young lads an amazing platform to build on.

"This will make us stronger.

"The momentum is with us and it is important to keep getting results like this.

"We'd have taken this result in the World Cup, but we live and learn and we'll be a better team for it and that is important for the country."

It was the first time that the Socceroos had beaten Germany, and for new coach Holger Osieck, it was a sweet victory over his homeland.

The Germans controlled the game early on, and their first real opportunity came through a Lukas Podolski free-kick just outside the box that flashed over the bar.

Minutes later and their dominant pressure would pay off as Mario Gomez scored with a stunning strike. Receiving the ball on the edge of the box, the striker took a touch before blasting the ball into the top corner.

It was not until the second half that the Socceroos would hit back. David Carney picked the ball up out wide and after a lovely exchange of passing with Matt McKay, before slipping the ball home under the advancing Tim Wiese.

Just a few minutes later, and the Socceroos were in again. Harry Kewell was brought down in the box and referee Stephane Lannoy made no hesitation in pointing to the spot. Luke Wilkshire stepped up to fire the ball home, giving the Aussies the lead.

Germany would bring on stars such as Miroslav Klose and Toni Kroos, but it made no difference as the Socceroos closed out a memorable win.

Coach Holger Osieck spoke on how proud he was of the players and how much it meant to him post-match.

"Well I'm really proud of the boys and they did a great job and the only thing I said to them after the game was thank you very much from the bottom of my heart," Osieck told Fox Sports.

"I don't care what they say I am really happy about our performance, particularly the second half. The boys did so well and it was a great performance and it's a reason to be proud."