Why Smith suits Klopp and Ange

Liverpool left back Brad Smith says the step up to international football has been made easier by the similarities between Caltex Socceroos boss Ange Postecoglou and Reds boss Jurgen Klopp.

Speaking after Australia’s second session at Sunderland’s Academy of Light ahead of Friday night’s 46,000 sold-out friendly with England, the athletic 22-year-old defender stressed the similarities between his two managers.

And why it suits him down to the ground.

“The way they coach is different but the style they want to play is quite similar.

"It’s high intense football and they want to press a lot," he said on Tuesday.

Asked if that suited him, Smith was adamant: “Definitely. So going from Liverpool to here [the Socceroos] having the same type of football helps." 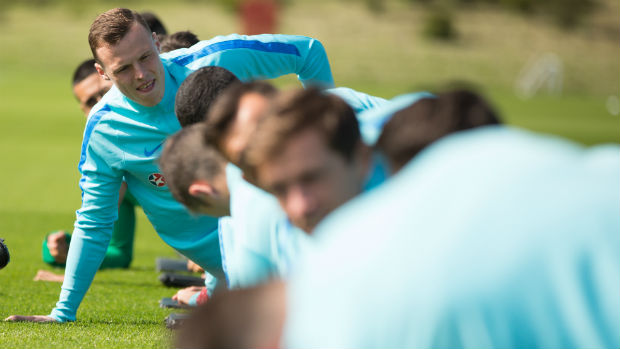 Sydney-born Smith is tipped to start again for the Socceroos after starting XI roles against Jordan and Tajikistan in the most recent World Cup qualifiers.

Who’ll start for Australia against England?

And making 10 appearances with the Reds helps his cause.

Right now, he’s cementing his Socceroo place in a position that’s clearly up for grabs going into the final phase of World Cup qualifiers.

“It’s a great squad and obviously I’ve played the last two games and we’ve done well as a team and I’m happy and enjoying my football and hopefully nail a spot down [in the national team].

“Obviously every time I put on the shirt I try my best. Hopefully I can nail the spot down for the upcoming competitions and friendlies," he said.

Interestingly, Smith has played with a number of England players when he represented the Three Lions at U-17 level. One was Harry Kane.

Another who could start is his Liverpool teammate Daniel Sturridge.

While the Red conceded it was a little weird facing a nation he’s already represented – and both his parents are from England, a country he’s resided in since he was 14 - Smith stressed: “I’m an Aussie now.” 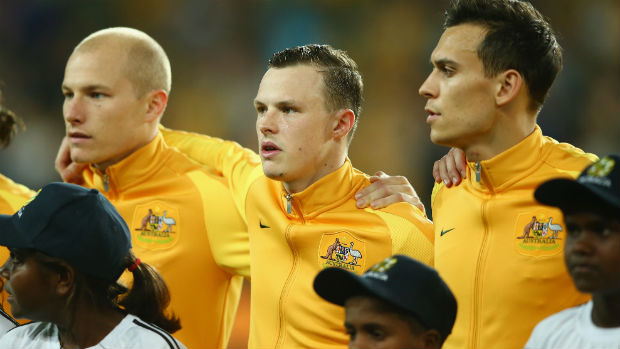 All 23 Socceroos were put through an intense 90-minute session in strong rain and wind on Tuesday with Postecoglou having a full list of 23 players to choose from when selecting the team to take on England.

The squad played an 11 v 11 game with the session a step up from Monday’s session.

Gallery: Caltex Socceroos get to work in Sunderland

The team will now train at the match venue (Stadium of Light) before looking to test themselves against an England side that is bound for the 2016 European Championships.

“I think it’s going to be a great challenge. We’re obviously friends off the field but on it it’s football," added Smith.

The full back, who has two more years on his Liverpool contract, is clearly more settled at the club after a messy contract situation was sorted out shortly after Klopp arrived at Anfield, with the German clearly impressed with the cover Smith can provide on the left.

“Klopp likes what he sees when I go forward but he’s helped with my defensive side," noted Smith, whose attacking side is also favoured by Postecoglou. 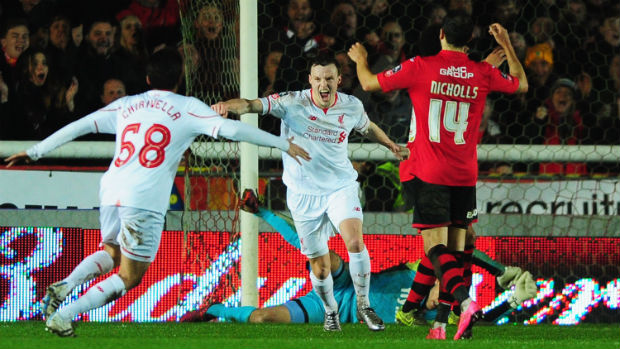 “And Klopp is a really cool guy and really down to earth to be honest. His man management skills with all the players are great.

“I think that’s great for a manager that he’s always talking to the players and not just the starting XI.

“Hopefully do well in pre-season, work hard, stay fit and see what happens from there and stay at the club,” was Smith’s assessment of what he needed to do over the coming months.

“But if not speak to the manager and if he wants me to go out on loan for the experience I’m happy to do that as well.”