Who will the Caltex Socceroos face in WC qualifiers?

The Caltex Socceroos could face China, Syria or even Thailand after Tuesday's action confirmed the final 12 nations to contest the third round of Asian qualifiers for the 2018 FIFA World Cup.

China, Syria and Thailand have all been confirmed to join Australia and other regional heavyweights Iran, Japan and Korea Republic following the conclusion of the 2018 FIFA World Cup Russia and AFC Asian Cup UAE 2019 Preliminary Joint Qualification Round 2 on Tuesday.

The third round draw will be held on April 12, where the 12 teams (below) are divided into two groups of six.

Australia confirmed top spot in Group B with an easy 5-1 win over Jordan in Sydney on Tuesday night. 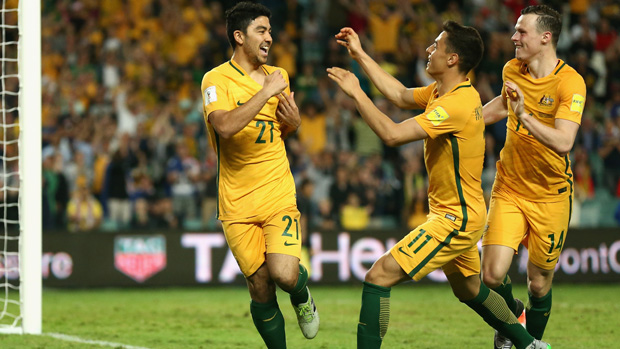 The eight group winners and four best second-placed teams are...

The six teams in each group will play each other on a home and away basis with top two sides from each group booking their place at the 2018 FIFA World Cup finals.

The two third-placed teams will face each other over two legs, with the winner taking on the side that finishes fourth in the fifth round of the CONCACAF qualifiers in a two-legged inter-confederation playoff.