Who is our new Socceroo James Meredith?

It’s an exciting time for James Meredith, who scored his first goal for three years last weekend and now has been called up to Australia’s national team squad for the upcoming FIFA World Cup Russia 2018™ Qualifier with Jordan.

But who is he?

What we know is Meredith is from the Victorian/NSW border town of Albury.

He’s been working away on his career overseas for some years after Derby County spotted him in Melbourne over a decade ago and snapped him up for their academy side.

He’s known as a left back but can play across defence and even in midfield – so he’s versatile which Socceroo coach Ange Postecoglou likes.

Without representing Australia at youth level, he’s been in the UK ever since his Derby move, playing at lower league clubs and going out on loan various times.

The powerfully built 27-year-old defender was a club favourite at York City, who he joined in 2009.

He was described as an "attack-minded full back with the pace to bring the ball out from the back" by former York boss Martin Foyle,

However, after Phil Parkinson signed him in 2012 to Bradford City he has become a firm favourite at the club and is a regular first teamer. 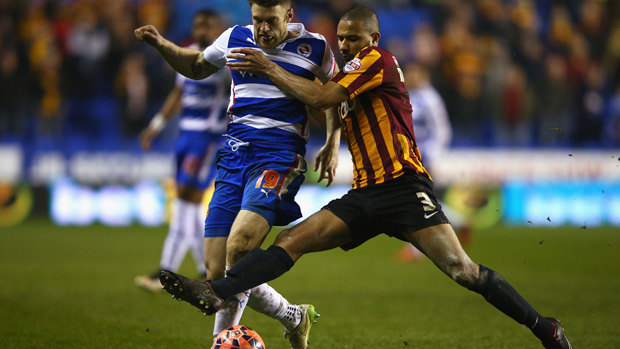 Meredith was a key player in Bradford's promotion from League Two, a run to the League Cup final in 2013 and their run to the FA Cup quarter-final last season, where he played a full game as the Bantams upset EPL outfit Sunderland 2-0 to progress to the final eight.

Earlier this year Meredith signed a contract extension keeping him at the Valley Parade till the end of the 2016/17 season.

And on the weekend, he got on the scoresheet in the 2-2 draw with Sheffield United, his first goal since October 2012, in the Yorkshire Derby.

Now, he potentially could play in Jordan for the Socceroos.

Exciting times for this new face in the national team.

Send your message of support to his Twitter handle @meredith_james