'We need big games like this': Josh Kennedy delighted with Melbourne return

Former Socceroo Josh Kennedy has thrown his support behind the decision for Melbourne to host Australia’s next AFC Asian Qualifier.

Australia will take on Vietnam at Melbourne Rectangular Stadium on Thursday, 27 January 2022, with a capacity crowd expected to converge on the Melbourne Park precinct for the Green and Gold’s first match in the city since September 2017.

CLICK HERE TO PURCHASE YOUR TICKETS FOR SOCCEROOS V VIETNAM!

The game will be the second Socceroos home match to take place in Australia after the game against Saudi Arabia in Sydney in November.

Kennedy, who was born and raised in Victoria, knows just how important this fixture is for the community after a challenging few years.

“After a long time of not playing on home soil, it's a big event and the importance of the game is astronomical,” Kennedy explained.

“For them to come back to Melbourne after a couple of years of being locked down with COVID restrictions, it's going to be massive.

“We need football here after such a long lay off of not playing sport in the last couple of years.

“We need big games like this because we want everyone back playing and watching football.

“To have this game in the middle of Melbourne in that holiday period is going to be huge.”

From humble roots playing his first junior football at regional club Twin City Wanderers FC, Kennedy emerged from Victoria’s AIS and Carlton SC to have a distinguished career across Germany and Japan. 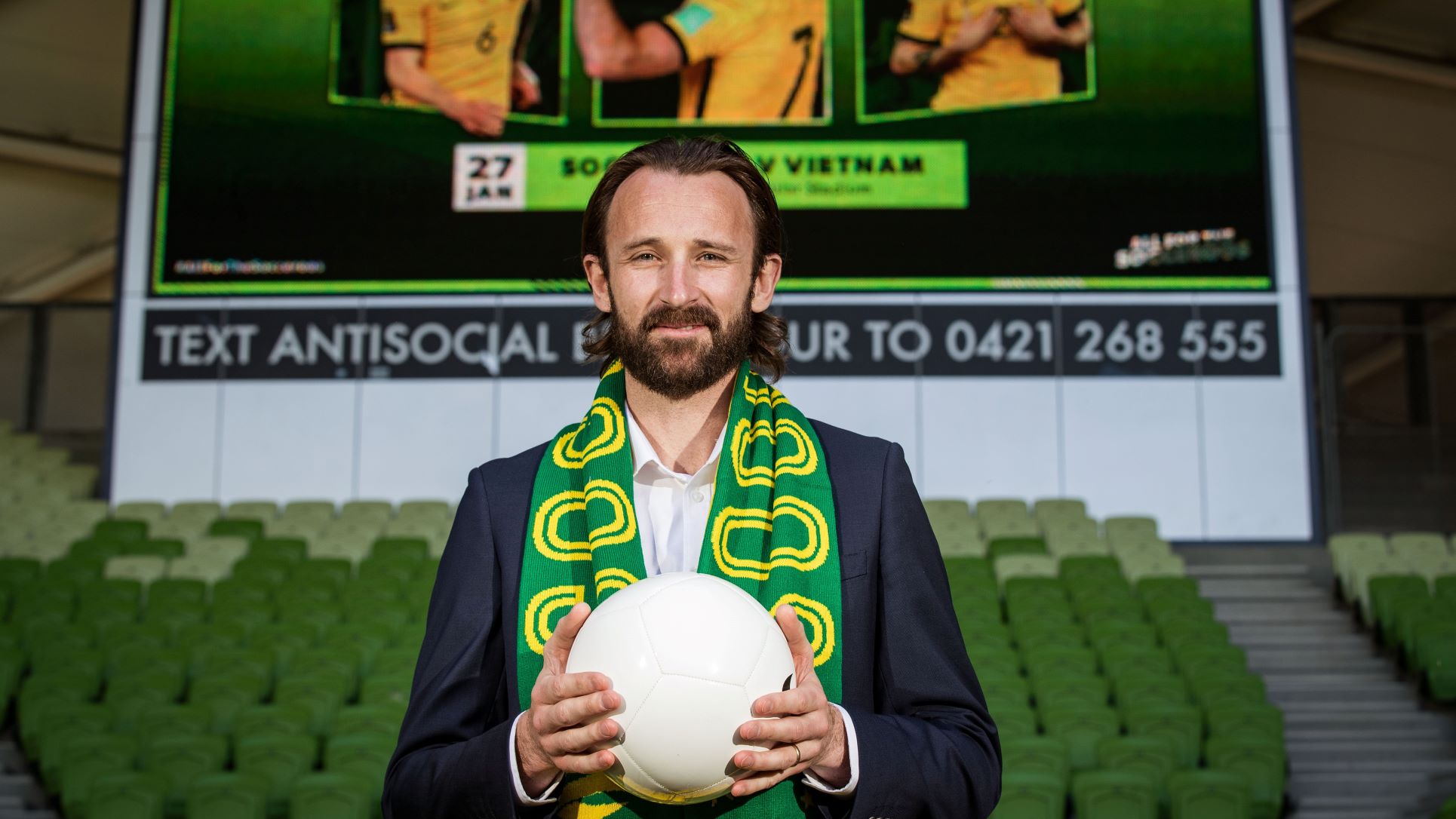 Perhaps his most prominent moment for Australian football however was his winning goal vs Iraq in June 2013, that sent the Socceroos to the 2014 World Cup in Brazil.

As a player who has experienced pretty much everything in a Green and Gold jersey, Kennedy encouraged fans to come and support the Socceroos on their quest to qualify for a fifth-consecutive World Cup.

“There is nothing better than touching down on home soil to see family, friends and a packed house of 30,000 people,” Kennedy said.

“It definitely adds to the 12th man and the boys will need all the support they can to get the job done.”

With six games played, the Socceroos have four huge encounters left as they endeavour to secure automatic qualification for the FIFA World Cup Qatar 2022™.

It all begins on January 27 when the Socceroos host Vietnam at the Melbourne Rectangular Stadium, before a trip away to Oman a few days later on February 1.

CLICK HERE TO PURCHASE YOUR TICKETS FOR SOCCEROOS V VIETNAM!