Olyroo Ryan Edwards says their second group game against Vietnam is a must-win after the Aussies were beaten by UAE in the opening group match of the AFC U-23 Championships in Doha overnight.

Aurelio Vidmar’s side was dealt a blow on their Road to Rio losing 1-0 to the UAE  on Friday morning (AEDT), with a heart-breaking late own-goal deciding the dour contest.

The tournament doubles as Rio qualifiers with the top three nations only progressing to the Olympics in August.

With Vietnam going down 3-1 to Jordan in the other opening match clash in Group D, Sunday’s meeting between Australia and the Vietnamese shapes as a must-win for both sides.

“We’ve just got to look ahead and focus on Vietnam because they had a loss [3-1] against Jordan today in our group so we’ll look at their game and ours and work out how we’re going to get three points," Edwards told RSN Radio. 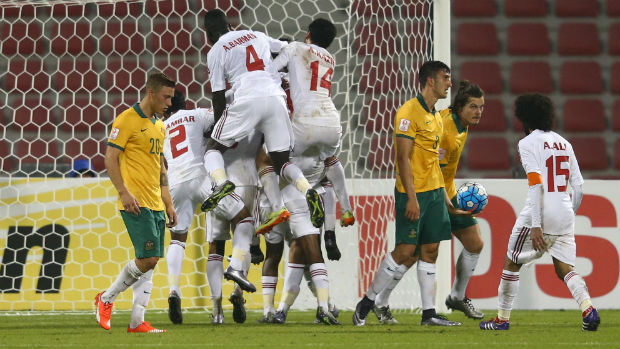 “It’s three Cup finals really and we lost the first one today so we have to go again.

“It’s a massive game against Vietnam, they lost today, we lost today, so it’s a must-win for both teams to stay in the group and go into the third game, so hopefully it’s a positive for us."

“It was a tough game. In saying that we had some good chances to put them away and it would’ve been a different story.

“We’re disappointed but we pick ourselves up and we’ve got another game in a couple of days against Vietnam.” 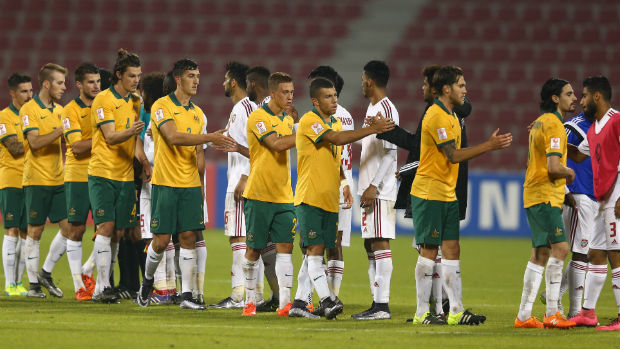 Edwards, a former Perth Glory player now at Scottish Premiership side Partick Thistle, said the squad would now focus on their recovery before preparing for their next match against Vietnam.

“We’ll have another training session the following day and then we’ll have Vietnam on Sunday [Monday 12.30am AEDT).

“It’s just a matter of going back to the analysis room and reviewing what we did and review our game plan against Vietnam.”