Australian under-23 coach Aurelio Vidmar admits he’s sweating on the fitness of striker Adam Taggart as qualifiers for next year’s Rio Olympics begin later this month.

Taggart was on Monday named in a 23-man squad for the AFC Under-23 Championships in Chinese Taipei, where the Aussies will face the hosts, Hong Kong and Myanmar in Group F.

The Fulham striker has battled a groin problem since last year’s World Cup but returned to the Cottagers youth team last month and was among the goals.

But Vidmar revealed the 21-year-old former Jets star is no certainty to be fit.

“He’s [Taggart] got a couple of issues and we’ll have to wait and see how he pulls up,” Vidmar told reporters on Monday.

“All reports are he’s okay but we’re mindful we may lose him at the end of the week.

“He’s had issues post World Cup and while he’s had some good games for four or five weeks [after his return] now he has some soft tissue issues. We’ll have to wait and see.”

Vidmar said Sydney FC youngster George Blackwood was on standby and would come into the squad should Taggart be ruled out.

“George is a genuine number 9 and played in all but one of the national youth league games,” the Australian under-23 boss said.

“Arnie [Sky Blues coach Graham Arnold] has wraps on him and he’s a standout number 9 in that age group.” 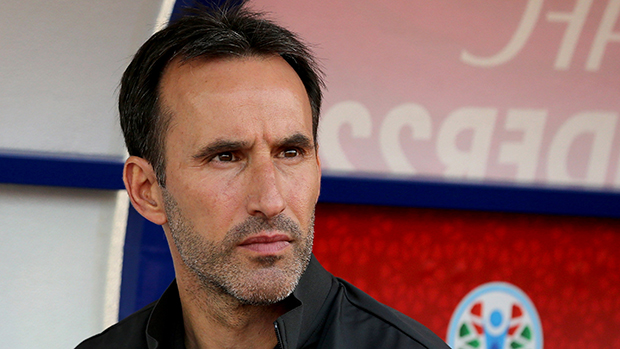 The Aussies will start hot favorites to progress from their group but Vidmar warned his side would have to perform in Kaohsiung City.

“We’re not taking anything for granted. We have to treat the opposition with the utmost respect,” he said.

“There are no easy games at international level anymore. Myanmar made the Under-20 World Cup and we didn’t.

“Asian teams are investing a lot of money into their football programs so they will be very difficult games and we have to be at our best.

“We want to be at our optimum level and I think we can be.”

With three matches in just five days, Vidmar is likely to need to call on the majority of his squad at some point to get through a hectic schedule.

It starts against Hong Kong on March 27, before taking on Chinese Taipei two days later and finishing with Myanmar on March 31.

To progress to the AFC U-23 Championship, the Olyroos need to finish top of Group F in Chinese Taipei or be one of the best five second place teams.

The AFC U-23 Championship, which will be played in Qatar in 2016, also doubles as the qualification tournament for the 2016 Olympic Games.

The top three (3) ranked teams from the AFC U-23 Championship qualifying for the 2016 Olympic Games Football Tournament.