The road to the 2016 Olympic Games will officially start this month with the Australian U-23 Men’s Football Team (Olyroos) Head Coach Aurelio Vidmar today naming a 23-man squad for the Asian Football Confederation (AFC) U-23 Championship Qualifiers – Group F which will be played in Chinese Taipei.

Vidmar has named 11 players from the Hyundai A-League and 12 from overseas clubs for matches in Group F of AFC Qualifying against Hong Kong (27 March), Chinese Taipei (29 March) and Myanmar (31 March) in Kaohsiung City.

“It’s exciting to start the qualification for the 2016 Olympic Games and we’ve put together a squad that has some good international experience and showing good form at club level, both in Australia and throughout Europe,” Vidmar said.

“The bulk of the squad played in the friendlies late last year when we defeated Korea Republic and drew with Brazil and we have been able to add some experienced firepower in Terry Antonis, Josh Brillante, Adam Taggart, Brad Smith, and Daniel Da Silva to that group.”

Vidmar will look to create the same environment and football structures, which propelled the Socceroos to victory in the 2015 AFC Asian Cup as part of the integration of the Australian National Teams structure.

“An important part of the changes that have been driven by Ange (Postecoglou) include aligning the structures of all the National teams to enable players to make a smooth transition through the age groups,” Vidmar said.

“The players will operate under the same conditions and structures as the Socceroos so they understand what is required to play international football, which will help in our endeavours to qualify for the Olympic Games but also assist with their development as footballers.”

To progress to the AFC U-23 Championship, the Olyroos need to finish top of Group F in Chinese Taipei or be one of the best five second place teams. 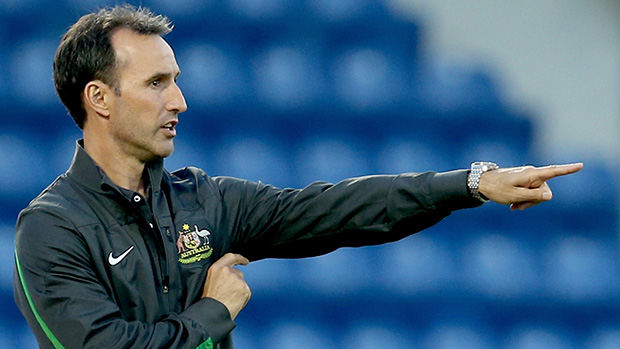