The 30-year-old Socceroo conceded it was difficult to adjust at times but noted it was all part of being a versatile member of Ange Postecoglou’s exciting squad as the squad eye some huge challenges over the next two years.

“Yes and no,” was Milligan's reply when quizzed on whether he was happy with his performance in the 1-0 win over Greece at ANZ Stadium.

“I always want to be improving and it is sometimes a little difficult going from centre back into that midfield role, getting used to having players around and it takes a little adjusting to.

“I just try to do that to the best of my ability last night and do what I could within the way we play, our formation, shape and philosophy.

“It is a bit of a pat on the back [the versatility] and I just love being involved and whenever I get a chance to start I’ll do the utmost I can to help the team.”

Last week the former Sydney FC and Victory star was part of a central defensive duo with Bailey Wright, the pair helping to stifle a very exciting England forward line despite the 2-1 loss at the Stadium of Light. 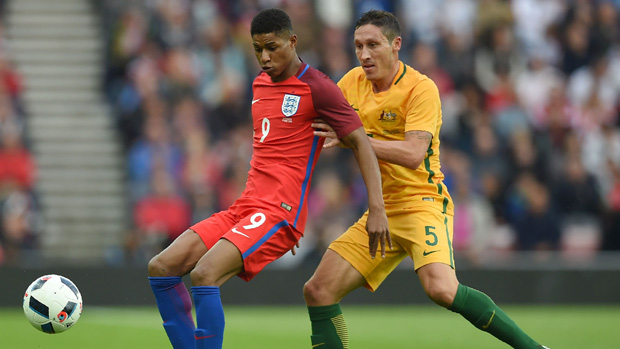 The Baniyas midfielder played down any talk of a move from the UAE after speculation surrounding his future surfaced recently ahead of the next transfer window.

But he conceded being in the best possible shape was vital for him.

“I am still under contract, obviously I just want to make sure I’m in the best position in the next two years to be available for [Socceroo] selection," said Milligan, who's been capped over 50 times for his country.

“And if I’m lucky enough to continue to be selected I want to be in my best physical condition I can be to give myself every chance for everything that’s coming up.

“We’ve got a lot of [World Cup] qualifiers and the [2017] Confederations Cup and of course a World Cup. It’s an important time and I want to make sure I’m in a place to help the team.”