Ruon Tongyik says he dreamed about playing football for Australia ever since he arrived in the country as a seven-year-old from war-torn Sudan in 2003.

So you couldn’t wipe the smile off the 20-year-old’s face this week as he took part in the three-day training camp for the Australian U-23 squad on the Central Coast.

Tongyik was part of the 26-player squad that were put through their paces by coach Josep Gombau as they gear up for July’s qualifiers for next year’s AFC U-23 Asian Cup.

“I’m on a great pathway with great people teaching me and I’m just really happy with how rapid things have happened.

“It’s a privilege to be called up because I’ve always wanted to represent Australia. This is a great opportunity for me now to prove myself.”

Tongyik has already proved he’s a player of immense talent in the six appearances he’s made in the Hyundai A-League in the 2016/17 Season. 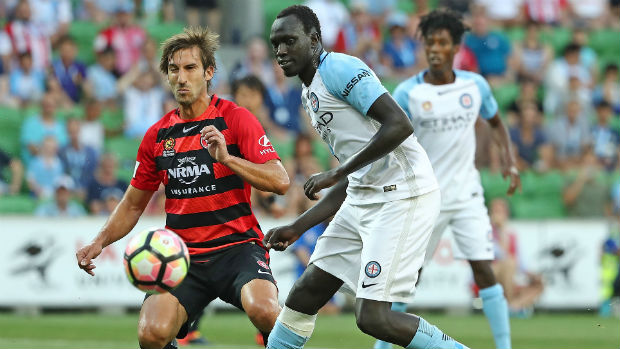 A physically-strong central defender, Tongyik has impressed with his ability to win one-on-one battles, his distribution and composure.

“It’s just in my nature,” said Tongyik, of his calmness on the pitch.

“I’m really relaxed most of the time and I’m glad people really enjoy watching me play.

“It’s just a natural thing. I don’t feel the pressure, I just enjoy it while I can.”

So it should come as no surprise how quickly he’s adapted to professional football, considering how rapid his rise was from simply playing with friends to the elite level.

“I always used to play with my relatives for fun but never had the opportunity to play properly [in South Sudan] because of the war that was going on there,” he explained.

“I only played at school really when I came to Australia and it wasn’t until 2011 that I started playing for a club with West Adelaide.

“From there I went to [Adelaide] Olympic for two years and then the Adelaide United youth team. 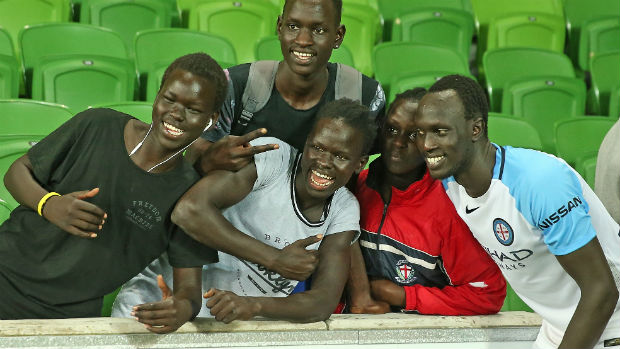 He added: “When I came to Australia and started playing soccer with friends, I’ve always had the goal and ambition to play for Australia one day.

“I’m here right now and this is a great stepping stone.”

Being involved with the U-23 squad sees Tongyik reunited with coach Josep Gombau, who he says he “learned so much from” during their time together at the Reds.

“It’s perfect to be back with him,” Tongyik said of Gombau.

“He knows the way I play and I guess he’s happy to bring someone like me to play under him because of the style and philosophy he likes.

He added: “These camps are perfect for us, not just to get away from our clubs but to bond together and get to know the other boys as well.

“We have a great squad at the moment and training has been really good. There’s so much quality so we’ll be confident of qualifying for the tournament.”