Caltex Socceroos defender Trent Sainsbury says a draw against UAE in next week’s FIFA World Cup qualifier in Abu Dhabi would feel like a loss.

Following their excellent 2-0 win over Iraq on Thursday night, Australia heads to the Middle East with a chance to make it two wins from two and take a major stride forward on the road to Russia.

But it won’t be an easy task after UAE pulled off the first upset of the group stage by shocking Japan 2-1 in Saitama on Thursday night.

With that result in mind, a draw in the heat and hostile atmosphere of the Mohammed Bin Zayed Stadium might be considered sufficient but Sainsbury doesn’t agree. 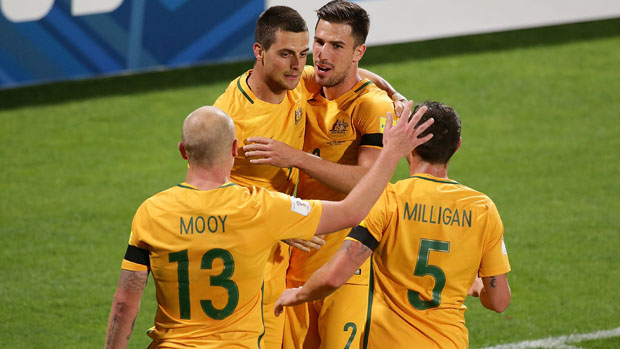 “For us we’re going there for the three points,” he told reporters in Perth following the Iraq victory.

“We’re not going to change our game plan, doesn’t matter who we play. It’s three points for us or it might feel like a loss.

“It’s going to be a very tough game, both teams have to do a lot of travel leading up to that game,” the Jiangsu Suning defender added.

“It’s not going to be easy, especially in the weather that they’re predicting over there. But we’ll be prepared just as well as we can be.”

One of Australia’s goal-scorers against Iraq, Massimo Luongo, agreed with Sainsbury sentiment, admitting the Caltex Socceroos won’t be changing their approach on the road.

“I don’t think anyone thinks [a draw is enough],” the QPR man said.

“It will be tough over there with the conditions. They are used to it and away games are so difficult at this stage

“Whether we approach it different I doubt it. Again the boss will brief us and we’ll analyse how we approach it but every game is a game that’s there for the win.

“We’re going there to get three points, to play well and to show we’re a good side.”

The Caltex Socceroos are currently ranked 17 spots above UAE on the FIFA World Rankings and prevailed 2-0 the last time the two nations met, at last year’s AFC Asian Cup. 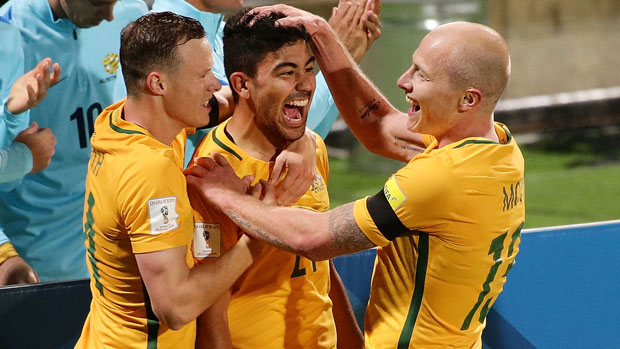 “It’s a big game. [UAE’s win over Japan] opens the group up completely and it’s a bit of a surprise as well,” defender Milos Degenek admitted.

“Obviously if we get the win on Tuesday we’re on six points and it will do us a lot of good. It will put us in a confident position and does a lot of good for us psychologically as well.