It's been a mixed bag Tajikistan, the Caltex Socceroos' World Cup opponents in Adelaide, who'll be hoping to finish the group stage on a high.

The two teams meet at the Adelaide Oval on March 24 with the Aussies (on 15 points with two games to play) eyeing top spot in the group heading into the Jordan game in Sydney four days later.

For the visitors from Central Asia, qualifying to the next phase is now over after accumulating five points thus far (with a -3 goal-difference) as they sit fourth in the five-team group.

However, Tajikistan still have something to play for. There is an outside chance they could finish ahead of their local rivals Kyrgyzstan (on 11 points and + 1 goal-difference).

It's a long shot for Tajikistan who'd need to beat Ange Postecoglou's men in Adelaide - considering they lost 3-0 to the Socceroos last September in Dushanbe, on paper it would be a huge boilover. 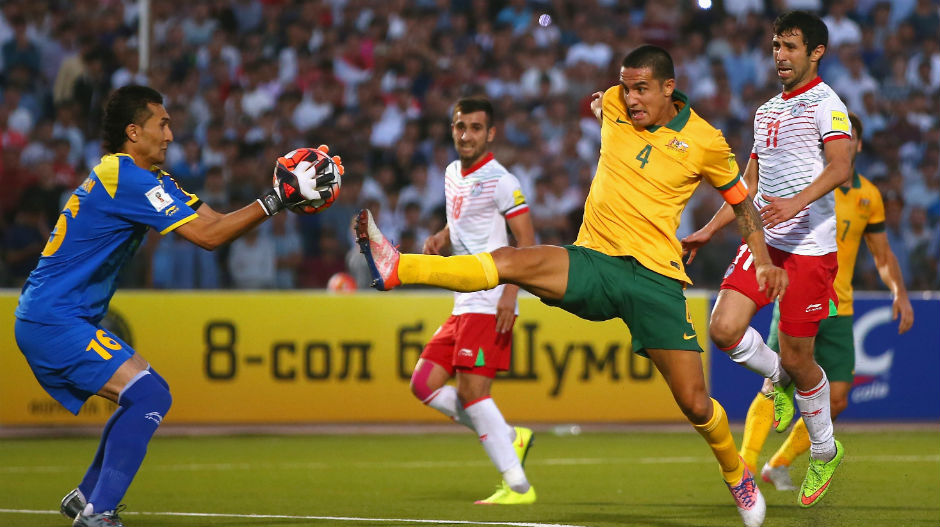 They then face Kyrgyzstan at home in a 'local derby' to finish the group stage four days later.

But if Tajikistan won both matches and scored a hat full they could finish higher on goal difference than Kyrgyzstan (who only have the Tajikistan game left in qualification).

Tajikistan's high point in the group was a 5-0 defeat of Bangladesh in November, thanks in large part to Manuchekhr Dzhalilov's four-goal mastercass.

Though the 1-1 draw with the Bengal Tigers at home was a low point of sorts.

But that said, Tajikistan would love to shade their rivals Kyrgyzstan.

Even if the Tajiks don't win in Australia - a likely scenario - they'll will hope to go unbeaten in the group against Kyrgyzstan. And they will feel they're owed a bit of joy.

The two teams drew 2-2 in Bishkek last October with the Tajiks barely 60 seconds from a famous victory before Kyrgyzstan equalised in the 94th minute with a penalty.