The story behind Burnley's EPL debutant from Australia

For a Brisbane boy to have made his EPL debut as an 18-year-old is the stuff of dreams. But to do it as your team beats Liverpool in front of your own fans makes it the sort of football fairytale an Aussie can only imagine.

Teenager Aiden O'Neill was, for local fans, the story of the EPL last weekend.

He was the only one Aussie who saw game time in the English Premier League on match day two.

Though if you blinked you may've missed it.

He came on in time added on as Turf Moor was rocking to the sound of Clarets fans celebrating what was to be a famous win.

It capped a remarkable rise for the young midfielder, who only signed his first professional contract with the club at the start of the year.

Though as we found out, this determined Australian is not taking anything for granted.

O’Neill’s parents were in the grandstand at Turf Moor, while there were many proud observers from his former club Brisbane Athletic glued to their screens back in Oz.

One of those observers was O'Neill's former coach Zoltan Erdosi.

Head of the Zee Pro Soccer academy, Erdosi oversaw O’Neill’s development from the age of seven till 16, before the player's family moved to England to pursue their boy's dream of becoming a professional footballer.

While Erdosi says O’Neill always had  talent he identified his tenacious attitude and tireless work ethic as being the factor that has underpinned the youngster’s rise.

“Aiden was a good athlete, he was one of the better players from the group I had at the academy in 2006 but certainly he wasn’t the best player at the time,” Erdosi told www.socceroos.com.au.

“He worked hard, he got better athletically and once he got to age 14 he went to work really, really hard. 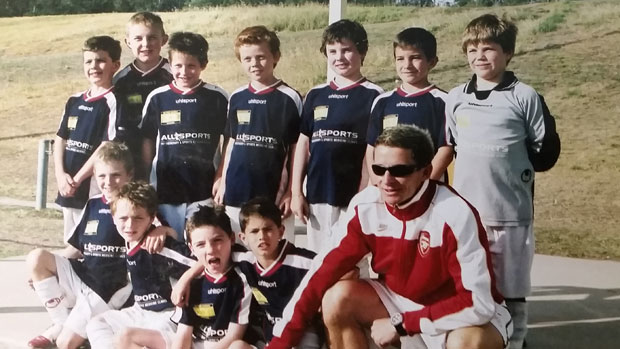 A young Aiden O'Neill (back row third from the right) with his Brisbane Athletic teammates.

“He just did everything; he worked his socks off and followed through with everything.”

A football tour of the UK in 2013 got O’Neill acquainted with Burnley’s academy - and he clearly impressed during his stay as he was signed to the club’s youth set-up upon receiving his international clearance the following year.

O’Neill went about building his craft in Burnley’s youth ranks, with boss Sean Dyche promoting the Aussie to his senior squad and handing him a new three year deal in July.

For those unfamiliar with the player Erdosi describes O’Neill as a technical player who can do the hard yards so valued in the English game.

“He’s got a lot of physical attributes and he does a good job covering and defending but he also has the creative ability and the ability to score and win the game.

“I believe he’s able to play all three positions in the centre of midfield, six, eight or ten, he’s a good all round player and I think that’s one of his strengths.

“He’s very technical, we’ve put a lot of emphasis on technical development and obviously they’ve done a great job there at Burnley.”

You would think making your first appearance in one of the biggest leagues in the world would be cause for celebration, but O’Neill has seemingly kept his feet firmly on the deck.

“Do you know what he did after the match?” asked Erdosi, who had spoken to O'Neill's parents post-match.

“He went home, got changed after the game and he went back to the training ground and trained for another hour.

“That’s the sort of determination and dedication the boy has.” 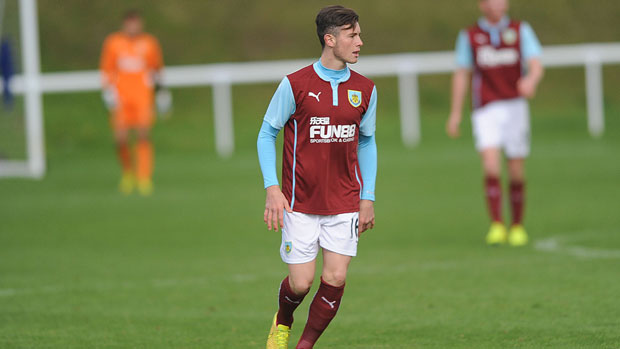