After the heart-stopping run to Germany 2006, interest in the Caltex Socceroos was at an all-time high heading into the next World Cup qualification campaign for South Africa 2010.

BACK TO BACK VIA ASIA

Australia's path to South Africa 2010 was through Asia for the first time.

It meant that instead of relying on a one-off two-legged playoff once every four years, the Socceroos had to go through two group stages of Asian qualifying. 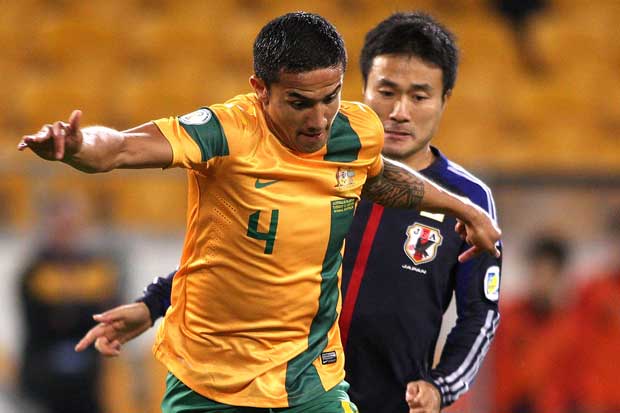 The Socceroos got through a tricky opening group relatively comfortably, qualifying for the next stage along with Qatar under new coach Pim Verbeek.

The second group stage featured two groups of five nations, with the top two from each qualifying.

Australia received a kind draw with only one other country in its group, Japan, having made the World Cup before.

Wins away to Uzbekistan and home to Qatar put Australia in a strong position and when it drew 0-0 with Japan in Yokohama, they were in pole position to go through.

A home win over Uzbekistan then meant Australia needed only a draw away to Qatar to qualify.

The  Socceroos did that and became one of the first teams to book their place in the finals. Amazingly, they only conceded one goal in the final round of qualifying and celebrated their passage to South Africa with a 2-1 win over Japan in their final match of the group.

The  Socceroos World Cup 2010 campaign got off to a disastrous start, however, as they were outclassed by a rampant Germany in Durban.

Tim Cahill was sent off as Joachim Low’s vibrant young side put four past Mark Schwarzer, leaving Australia with everything to do in its final two group matches. 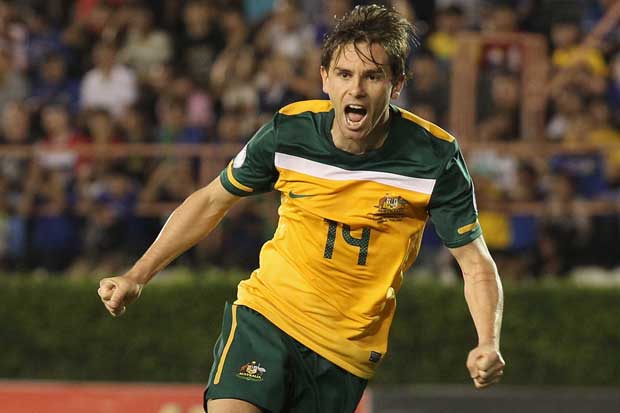 An early Brett Holman goal in the second match against Ghana looked to have steadied the ship, until a controversial Harry Kewell sending off changed the balance of the game.

Ghana striker Asamoah Gyan scored from the resulting penalty and the game finished at 1-1, leaving Australia with everything to do in their final game.

Needing either Ghana to beat Germany, or Germany to thrash the Africans, the Socceroos took their destiny into their own hands with a battling display in a thrilling match against Serbia in Nelspruit.

But goals from Tim Cahill and Brett Holman weren’t enough, and Australia went out on goal difference.

Australia was aiming for a third straight qualification to a World Cup when they kicked off phase three of qualifiers along with Thailand, Saudi Arabia, and Oman under German coach Holger Osieck.

A loss away to Oman and an excellent 3-1 win in the heat of Saudi Arabia were the low and high points as Australia progressed to the final phase of qualifiers by 2012.

Oman, Japan, Jordan and Iraq were in their group with Japan drawing with the Aussies in Brisbane, while the Jordanians were proving tricky away from home, but a late Archie Thompson goal against Iraq in Doha steadied the ship in the group standings. 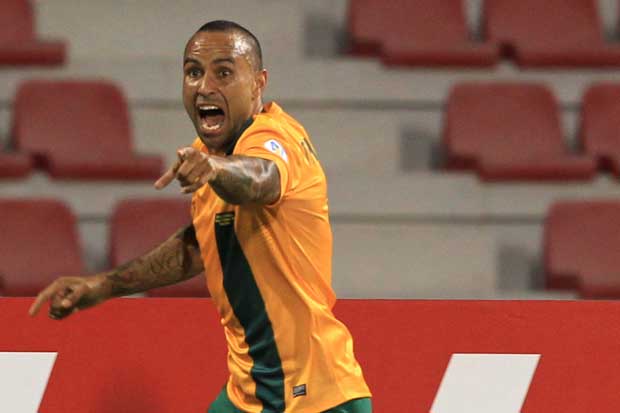 It set up the final three games.

Australia went to Saitama and put on a masterclass, almost defeating Japan thanks to Tommy Oar’s deflected effort. But a late penalty drew the game level.

It went down to the last two games. Australia blew away Jordan 4-0 in Melbourne with Robbie Kruse doing most of the damage (and a rare goal to Lucas Neill).

And in the final match, Josh Kennedy’s famous header sent the Aussies into party mode – Brazil here we come after a 1-0 win over Iraq in Sydney at the same venue (and same end) that Aloisi made history in 2005. 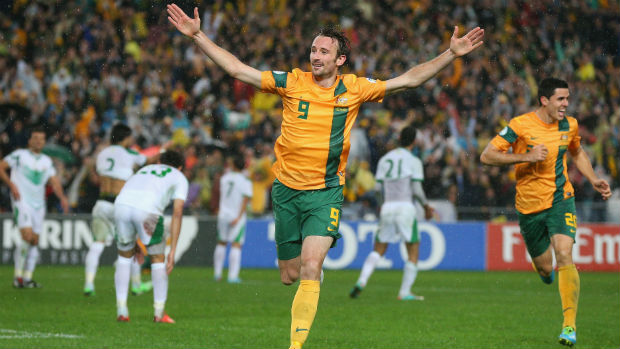 By this stage, Ange Postecoglou had been installed as head coach, and with a completely new, young side and attacking philosophy, the Aussies gave their all in Brazil but fell short.

Chile started strongly in the opening game to go two up but Tim Cahill’s excellent header got the Aussies back into the contest before a  late goal ended the charge for an equaliser.

A classy Chile winning 3-1 in Cuiaba.

In Porto Alegre, Holland also struggled to contain the Australia with Cahill again on the scoresheet with arguably the goal of the tournament. But the Dutch edged it 3-2 after Mile Jedinak's penalty gave Australia the lead. 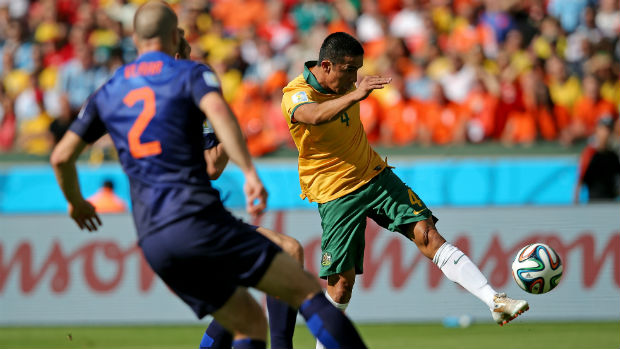 Spain were next and a fatigued Aussies struggled, losing 3-0 to a David Villa inspired Spanish outfit in Curitiba. Mata and Torres also on the scoresheet.

No wins in the group, but the Australans showed they had belief in a new system and approach under Postecoglou.

The future was looking bright.