Stars set to return for Socceroos

Socceroo stars Luongo and Sainsbury missed last week’s superb 2-2 draw against world champions Germany through injury but after training strongly are likely to come into the starting side.

Much of the focus leading into this game centred on whether the likes of defender Tarek Elrich and teen sensation Chris Ikonomidis would be handed international debuts.

While Postecoglou will tweak his starting side for Australia’s last clash before World Cup qualifying begins, he won’t be making sweeping changes.

“First things first we want to put out a team that we think is going to be strong enough to do well, perform well and win the game. That’s always the first priority,” Postecoglou told FFA TV.

“Massimo [Luongo] and Trent Sainsbury look like they are going to be ok. They were a pretty important part of our Asian Cup journey and if they are fit and available they‘ll come into the side. 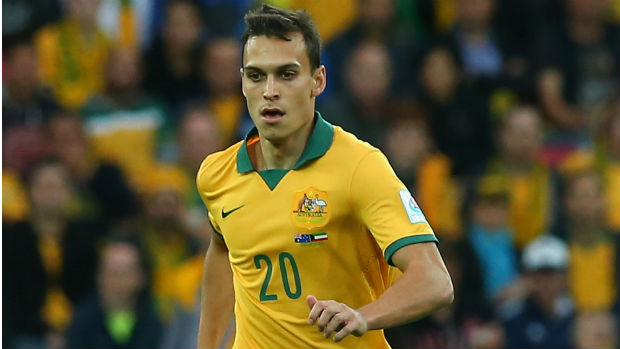 “We’ll make a change at goal-keeper as well. I think it’s really important leading into this qualifying period that more than just Maty [Ryan] has had experience playing our style of football.

“From then on I don’t want to make too many changes. It’s unfair on the guys coming in because then it becomes a little bit too disjointed. We’ll have a look at what’s the best balance for the team.”

Given the teams recent success in winning the Asian Cup and the draw with the World Cup winners, there is a fear the Socceroos could take their eye off the ball against the 108th-ranked FYR Macedonians.

But Postecoglou insists there will be no lack of motivation for his side, especially with their AFC World Cup qualifying campaign starting in June.

“There shouldn’t be a letdown. It’s still an international game and for all these players every international is an opportunity to cement themselves in the squad and what we’re doing,” the Socceroos boss said.

“I’ll be very surprised if any player goes into the game thinking a) it’s going to be easy or b) it’s one we can have an off night in.

“It’s not the environment we’ve created here. We’ll have some challenges tomorrow night. It will be a difficult game, maybe even more difficult [than Germany] in some aspects. I’ll be keen to see who’s up for that challenge.”