Imposing defender Harry Souttar believes the Olyroos’ positive mindset and steadfast team belief will be key factors in ensuring Graham Arnold’s side secure the result that they require to advance to the knockout phase of the Tokyo 2020 Men’s Football Tournament.

The Olyroos will take on Egypt at the Miyagi Stadium in Rifu, close to Sendai, at 9pm AEST this evening, and will enter the match knowing that a win or draw against the north African nation will seal a spot in the Quarter Finals of the competition.

The Olyroos have been one of the surprise packets of the Australian Olympic Team to date, with a famous 2-0 win over South American heavyweights Argentina on matchday one in Sapporo followed up by a narrow 1-0 defeat to European powerhouses Spain on matchday two. 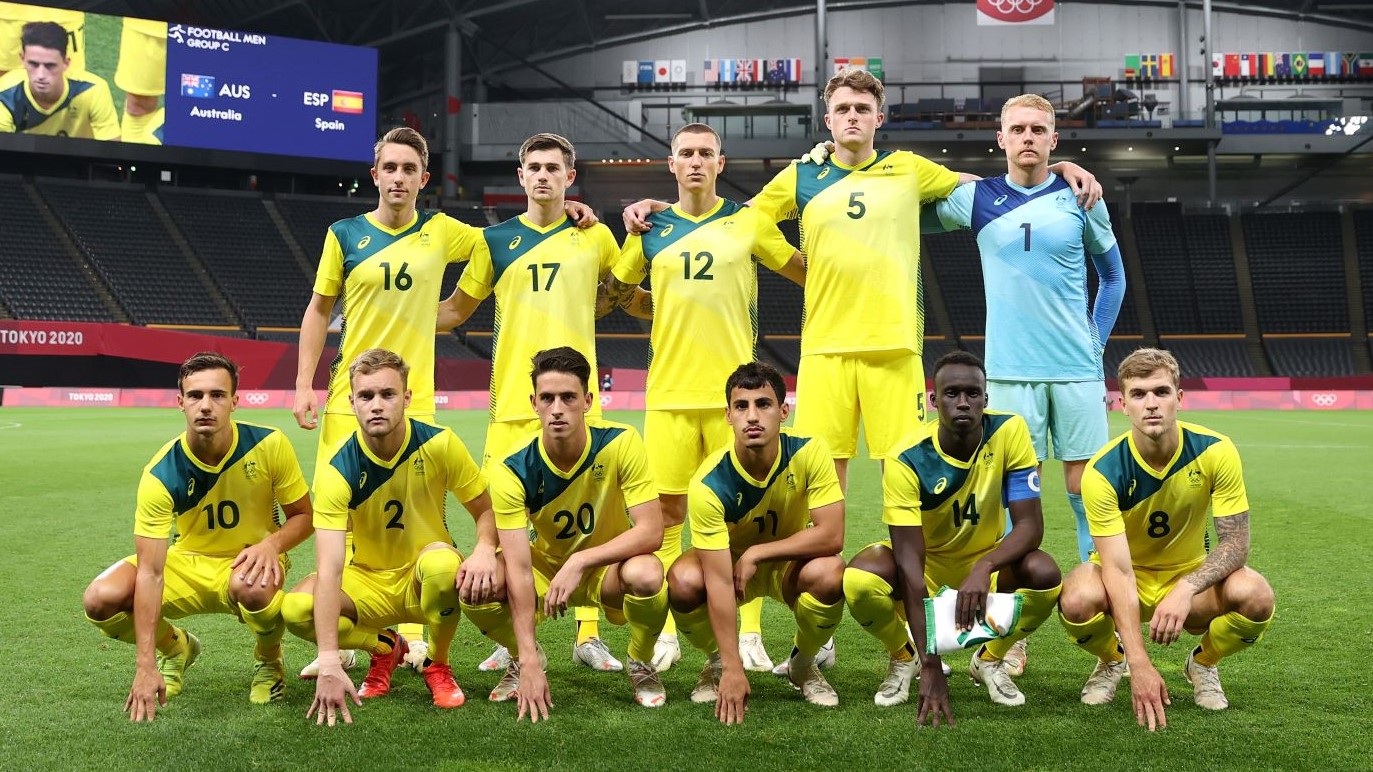 These results have ensured that the Olyroos are in a position to “control destiny”, as Souttar puts it.

“We know that outside a lot of people didn’t have us as doing much (at the Olympics), especially when the groups got drawn out of the hat,” Souttar told reporters from Sendai on Tuesday. “But as a group of individuals we knew what qualities we had in the team (and) we just couldn’t wait to show it.”

“It was a great first victory (against Argentina) and while it was disappointing to lose the second game, I thought the performance of the boys was fantastic.”

With every loss there is always going to be a learning experience, but that game (Spain) is gone and now it’s about putting it right and qualifying for the next stage.”

“It (qualification) is in our hands, we control our destiny. We have got to go out there, put everything in, and make sure that we go through,” he said.

READ: The equation - how the Olyroos can qualify for the Quarter Finals

Australia’s Olyroos have been together in Japan for almost a month. The group spent two-and-a-half weeks training together in Fukushima and Ichihara, before its Tokyo 2020 Men’s Football Tournament matches commenced in Sapporo.

Souttar said the time that the group has spent together has further cultivated team camaraderie and belief.

“Personally, I think that the mindset of this group is unbelievable,” the Stoke City centre back said. “We are just so driven to do well, and we just want it so much, and I think fans can see that in the performances.”

“Of course, that (mentality) is driven by the manager (Arnold), but it is also driven by ourselves as individuals as well, playing on the world stage and representing our country. The manager has played a pivotal role in getting our mindset right and likewise, so has all the staff. It is a great culture in the team, and it is just one where everyone is buzzing to be around here.”

“We have been in camp for over three weeks, but the energy is still so high.”

Three Olyroos – Mitch Duke, Riley McGree, and Nathaniel Atkinson – will miss tonight’s clash with Egypt after each received their second yellow card of the tournament against Spain on Sunday.

While Souttar admits it would be a better scenario for the squad to all players available for tonight’s fixture, he’s sure that the players that come into the team will be more than ready to make their mark for the Olyroos.

HOW TO WATCH: Olyroos v Egypt