Brukner, a respected former Socceroos’ team doctor and one-time head of sports medicine at Liverpool FC, is in England as team doctor for the Australian cricket team.

Mourinho hit out at Carneiro following Sunday's 2-2 draw with Swansea City, accusing her and physio Jon Fearn of being "impulsive and naive" and "not understanding the game" for the way they handled an injury to Eden Hazard.

Hazard went down late in the game with Carneiro and Fearn entering the field to treat the Belgian, meaning he then had to come off, leaving the hosts with nine men for the closing seconds.

It has been reported Carneiro's role on matchdays has subsequently been reduced, prompting criticism from Brukner.

He told talkSPORT: "I thought it was appalling behavior by the manager. He has a player who has gone down, who has remained down and the referee obviously considered it serious enough to summon on the doctor and the physio.

"They went on as they must do when they are summoned on and the player is down, and as a result the player had to come off the ground.

“What do you expect the doctor to do? Just ignore the referee beckoning them on?" 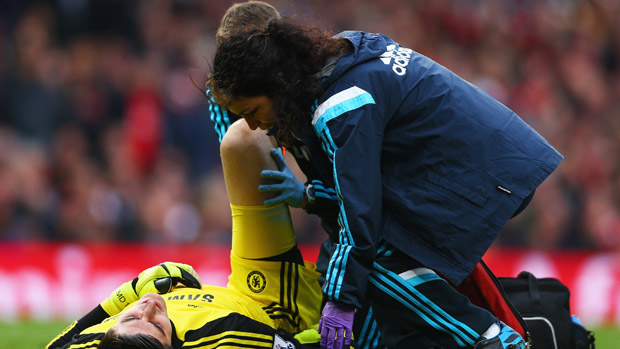 Brukner believes Mourinho's ire should have been directed towards Hazard rather than Carneiro and Fearn.

"Maybe he should be criticisng his player for staying down, rather than the medical staff," he added.

"The medical staff were only responding to the referee's instruction to come on and treat the player, who was on the ground.

“So then to criticise the medical staff publicly in the way that he did was absolutely appalling behavior.

"The medical staff deserve a public apology and I'm very disappointed that the club hasn't come out and done something to support them – they were just doing their job.

“Our first priority as doctors and physios is the health and safety of the individual player, and that's what they were attending to.