With the AFC FIFA World Cup™ play-off against United Arab Emirates just around the corner, we recap some of the Socceroos' best encounters with their upcoming opposition.

The Socceroos must overcome United Arab Emirates - Asian Qualifying Round 3's other third-ranked nation - for the chance to battle it out against Peru for a spot at the FIFA World Cup.

Since joining the Asian Football Confederation in 2006, Australia has only faced the UAE six times in a variety of Asian Cup Finals, World Cup Qualification and friendly matches.

Over the years, the two sides have played out two draws, three Australia victories and one UAE win.

The AFC play-off on June 8 (AEST) will be the first meeting between the two sides since the 25th of January 2019.

In the lead-up to our crucial AFC World Cup play-off, here are the Socceroos' best moments against the UAE.

The Socceroos booked their place in the 2015 Asian Cup Final against South Korea after beating UAE 2-0 at Newcastle Stadium.

Defenders Trent Sainsbury and Jason Davidson both bagged their first international goals as the hosts scored twice in the first 14 minutes.

The result saw the Socceroos notch a third clean sheet of the campaign, while winning with a ninth and 10th different goal scorer across the five matches played.

The victory over the UAE provided momentum as Australia went on to win its first ever Asian Cup title with a dramatic 2-1 extra-time win over South Korea at Stadium Australia just days later. 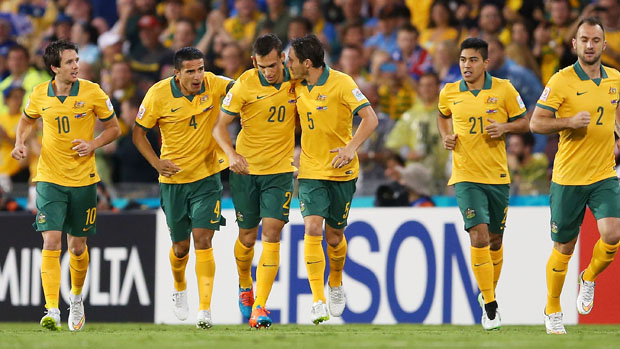 In one of the Socceroos' more pivotal and courageous performances on the road to Russia, Australia produced a smash-and-grab 1-0 victory over UAE in Abu Dhabi in September 2016.

For more than an hour at Mohammed Bin Zayed Stadium, Australia could not break the deadlock.

But in the 76th minute, Tim Cahill came off the bench to volley home Brad Smith's whipped cross at the back post and ensure Australia took all three points as they continued their quest for the 2018 FIFA World Cup in Russia.

It was a classic poacher's finish and Cahill warned the rest of the Asian Football Confederation that he would continue to perform whether as a starter or a substitute. 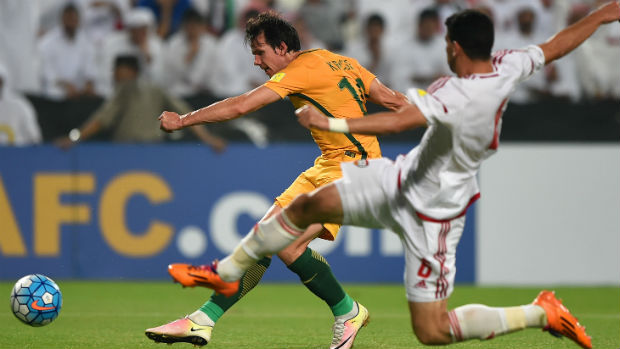 After four consecutive draws, three points was a must for Australia and the Socceroos' got their 2018 FIFA World Cup qualifying campaign back on track with a 2-0 victory over UAE in Sydney in March 2017.

Australia got off to a perfect start with Jackson Irvine’s bullet header – his first for his nation – giving the hosts a vital edge. 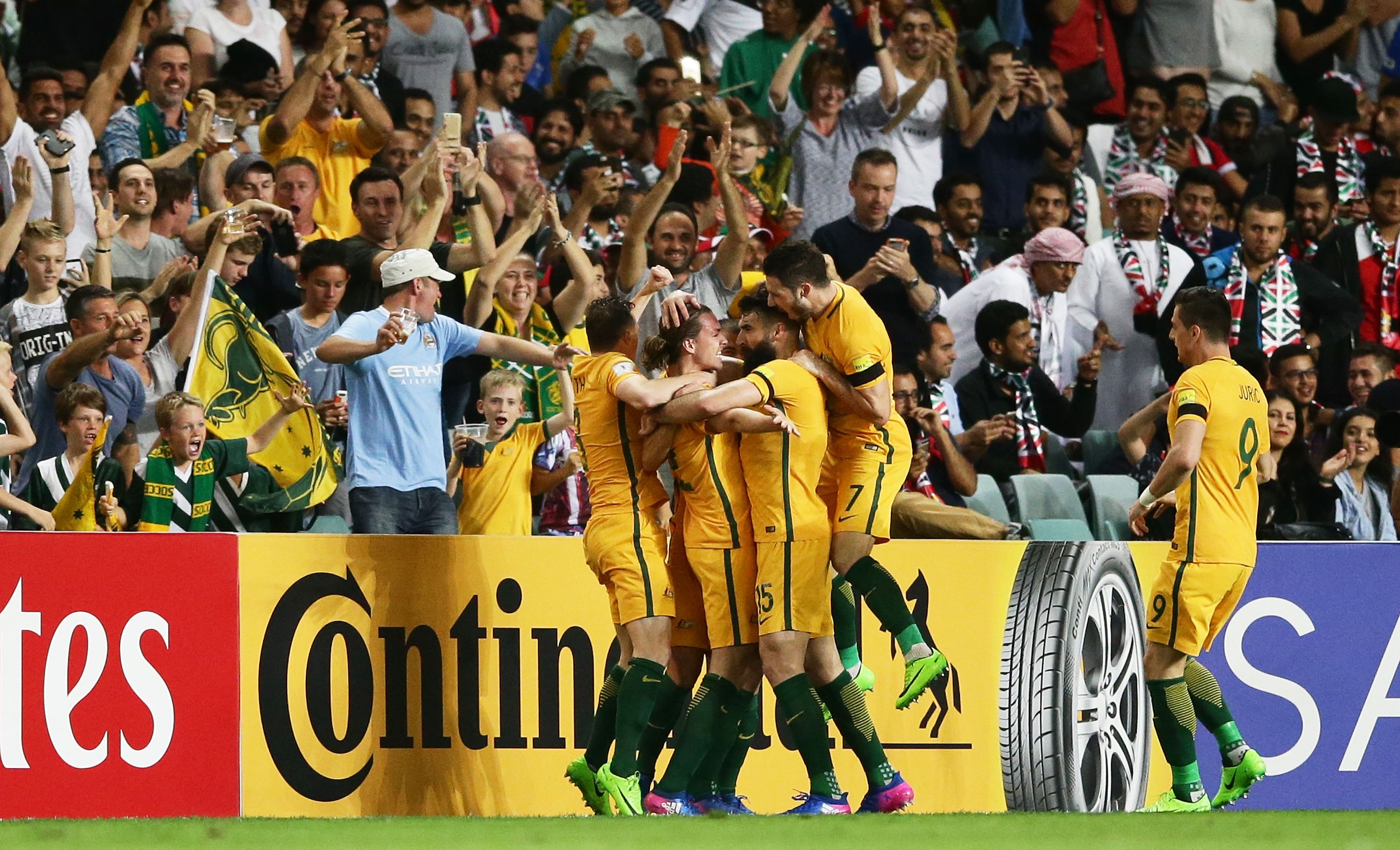