The Belgian outfit are bidding to reach the last four of European competition for the first time since the 1991-92 Cup Winners' Cup.

However, Michel Preud'homme's outfit warmed up for Thursday’s match with a shock 2-0 loss at Kortrijk in the Belgian league - a first defeat in nine in all competitions for Ryan's side.

"We were not focused enough at the start of the match [on Saturday]," he said.

"This is the second week in a row that we have started by conceding an early goal.

"It just didn't happen for us. We tried to make something of it. We had the chance to grab points but it simply did not work.

"As a team we now have to find an answer, beginning with Thursday in the Europa League.

"We now have to keep our heads up as we go into the next game." 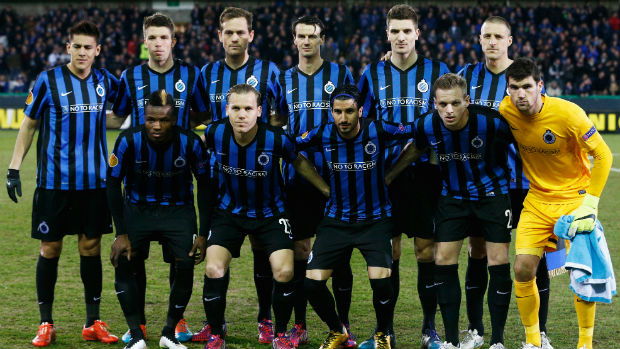 Dnipro also return to European action following a disappointing result, having been held to a goalless home draw by Metalist on Saturday.

And midfielder Ruslan Rotan concedes the impending last-eight fixture might have served as a distraction.

"It is worse when you think about something else," he said. "Before the game [at the weekend] we were talking amongst ourselves and said that every game is important to us.

"You can never play thinking that some games are disposable.

"The main thing is not to repeat such mistakes in the future."

Club Brugge are the only unbeaten team left in the competition and will be boosted by Dnipro's record of having won only one of their seven Europa League away matches so far this season.

Both sides are nursing lengthy injury lists, while Club Brugge's Thomas Meunier and Yevhen Shakhov of Dnipro are suspended.

The second leg is April 23.

Wednesday marks the 98th anniversary since the Australian national team were formed as their first match took place on May 27, 1922 against Wanganui (New Zealand) at Cooks Gardens. Australia's first official football match arrived on this day in 1922 as players from across New