Mat Ryan says he’ll do what he’s always done and work hard as he eyes a Spanish La Liga debut for Valencia against Rayo Vallecano – a game that falls on his Mother’s birthday.

Ryan, 23, confirmed his six-year deal on Tuesday and has already undertaken his first session with the club.

Now he hopes to make his La Liga debut away to Rayo Vallecano on Sunday afternoon August 23, the date of his Mother’s birthday.

If he cements a first team spot at the Mestalla some exciting times are ahead. 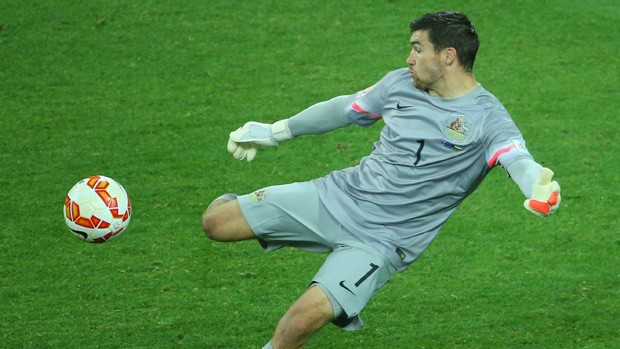 There's Valencia's push for a UEFA Champions League spot, and seeing the Socceroo facing the likes of Messi and Ronaldo in La Liga will be huge for Australian fans.

Valencia’s first league meeting with Barcelona is due on November 29 at the Mestalla. Real Madrid travel to Valencia on January 3.

Ryan added Valencia play a style of football that will suit his game where he excels with the ball at his feet.

“It was a no-brainer in the end,” the former Central Coast Mariner said when asked by Fox Sports.

“It’s a dream come true, really, to have joined a club like Valencia.

“To have an opportunity to play at the level, has got me very excited.”

In other good news for the Socceroos, midfielder Massimo Luongo was on target in a 2-1 friendly win for QPR over Dundee United overnight.