Having waited all season for a game, Socceroo keeper Mitch Langerak says it was a “wonderful feeling” to finally make his VfB Stuttgart debut this week.

Langerak got through a full match on Wednesday morning (AEDT) as Stuttgart went down 3-1, ironically, to his former side Borussia Dortmund in Germany’s DFB Pokal.

It ends a long and frustrating wait for the 27-year-old, whose move to Stuttgart at the start of this season was marred by injuries.

He suffered a thigh problem during the pre-season while also required to have surgery in August due to a cyst on his knee.

But he made a good impression against Dortmund, making a number of superb stops to keep his side in the tie right until the end. 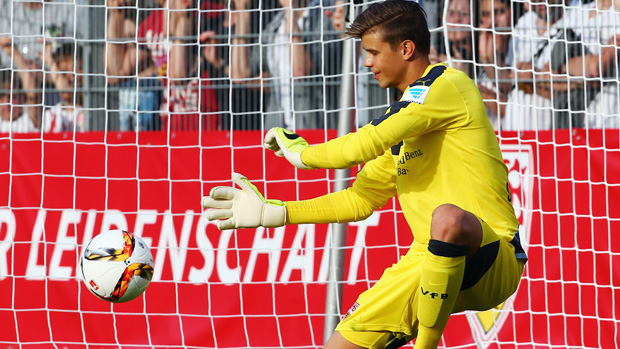 “It was a wonderful feeling to finally be on the pitch here at the Mercedes-Benz Arena after nine months out,” Langerak told Stuttgart’s official website.

“I would naturally have liked to leave the field of play as the winner against my former club.

“We put on a great performance, particularly in the second half, but we were unfortunately unable to turn things around."

Langerak’s challenge is now to try and displace Stuttgart’s regular no.1 Przemyslaw Tyton for the remainder of the Bundesliga season.

His return is also a bonus for Socceroos boss Ange Postecoglou with two crucial FIFA World Cup qualifiers next month against Tajikistan and Jordan respectively.