As Roar coach, Postecoglou triumphed in an absolute thriller against the Mariners at Suncorp Stadium in 2011.

That final, one of the greatest games in A-League history, went to penalties after an extraordinary extra time comeback by the men in orange in front of over 50,000 fans.

Roar scored twice in extra-time - including a famous Erik Paartalu header with just minutes left on the clock - to stun Central Coast and drag the contest back to 2-2.

Brisbane went on to win the shootout and shatter the visitors, coached that day by current Sydney FC coach Graham Arnold. 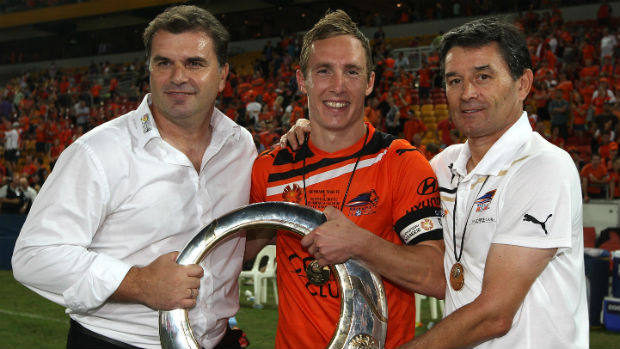 Speaking on the red carpet at the Hyundai A-League and Westfield W-League awards on Monday night, Postecoglou told  www.a-league.com.au  a similar scenario could play out at AAMI Park on Sunday.

But he stressed there was very little between the two sides in this clash of Australia's football heavyweights on Sunday.

“I’m tipping Victory because they’re at home and I think the been the best team all year.

“But it’ll be exciting, a tight one, and might even go to extra time and penalties,” the Socceroos' Asian Cup winning coach said.

If anyone is qualified to talk about triumphing in A-League grand finals it’s Postecoglou, the two-time Brisbane Roar championship winner (2011 and 2012).

And for both grand final coaches on  Sunday, Kevin Muscat and Graham Arnold, this day has been in the planning for some time, Postecoglou said.

“Both [coaches] have done a fantastic job to be where they are, and are in grand final day for a reason.

“Usually grand finals are won from the first day of pre-season.

"The team that has the most belief on the day - because they’ll have to deal with something they’re not planning on - will be the team that comes home on top. There’s usually something that happens on grand final day.

“Home ground does give you an advantage in terms of atmosphere and the players’ comfort levels.

“That might just mean the Victory shade it," he said. 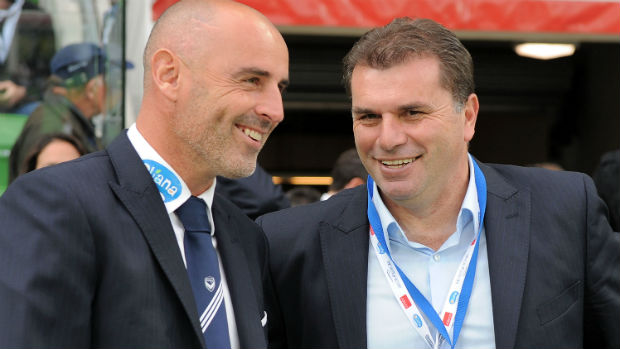 However Postecoglou isn’t tipping a goals-fest, as some have suggested.

“It’ll be tight early on and perhaps not as open and expansive as people expect particularly in the early part of the game.

“But a goal could change that. There’s not much between them so regardless so the contest won’t be over till the final whistle.

“I don’t think one team will run away with it. Both are in great form so I don’t expect one to dominate the other.

“That usually means some extra time and penalties which will no doubt add to the excitement.”