Ange Postecoglou’s squad have only been beaten in four of their last 23 internationals over the past two years, a run which has seen them move up to no.40 in the world.

Despite seeing numerous changes in personnel following his debut against Belgium back in 2014, Smith says the strong culture in camp is something that has remained constant.

“Obviously I debuted at left wing and the squad has changed massively since then,” Smith told FFA TV.

“Coming into camp every time, even if you’re not playing, I think the boys come in with great confidence every time they get called up because we’ve got such a great bond here.

“Everyone fits in well, even if boys come in for just the one camp and haven’t been in before.

“It’s great when they come in and everyone just clicks perfectly.” 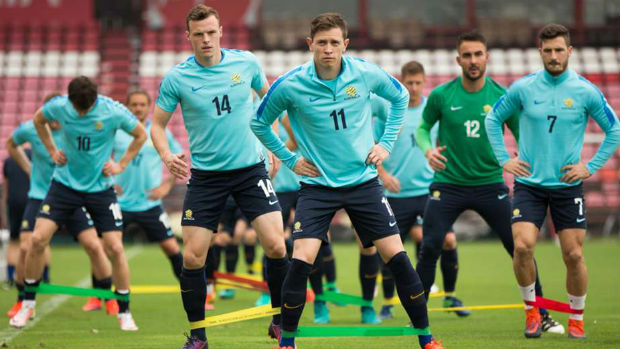 Despite struggling for game time with club side AFC Bournemouth, the 22-year-old has become a main stay of the Socceroos starting side on their road to Russia.

The left-back has started each of the last six World Cup Qualifiers, including tough tests against Saudi Arabia and Japan (where Smith was man-of-the match) in the last international window.

“They were big results, especially Saudi Arabia away. It was a tough game with the conditions and the opponent,” said Smith.

“They’re a good side and they’re obviously top of the group at the moment and I think that was an important game.

“We probably should’ve got the win but ended up getting a draw, I think they were both important results for us going into the Thailand game.”

The Caltex Socceroos are in the midst of a week-long training camp heading into their next test against Thailand in Bangkok.

While The War Elephants are currently winless in Group B, Smith believes they’re not to be under-estimated, with the conditions also set to play a part on Tuesday night.

“It’s been raining here, it could be a different sort of test for us,” said Smith.

“It is warm but I wouldn’t say as warm as the other countries but the weather could play a part so we’ll just have to wait and see.

“I’m sure no matter what it is we’ll be able to get the ball down and get forward and play at the intensity we want to play at.”