Mat Ryan still remembers vividly watching from his lounge room as the Socceroos fell just short against Japan in the Asian Cup final in 2011.

The then 18-year-old rode every challenge, every shot and felt the pain of defeat when Tadanari Lee’s late volley gave the Japanese a 1-0 win.

Never did Ryan think he could be in that very position but just four years on the in-form gloveman is now between the sticks for Australia and a huge part of why they are back in an Asian Cup decider.

Only Korea Republic in front of a full house at Stadium Australia stands between the Socceroos and redemption.

“It is a bit surreal, sometimes I go to sleep thinking I’m representing my country here in a massive tournament and playing as the number one here… it’s mind blowing,” Ryan told reporters on Thursday.

“You dream of it as a kid and at my age to be achieving something like that is a great feeling.

“I actually saw the highlights (from 2011) a couple of weeks back when it was on and we had some free time here in camp in the afternoon.

“We had a number of chances that night but for whatever reason it wasn’t meant to be. I felt the disappointment for the team but four years down the track now we’re back in the final and hopefully we can switch the result from that night.” 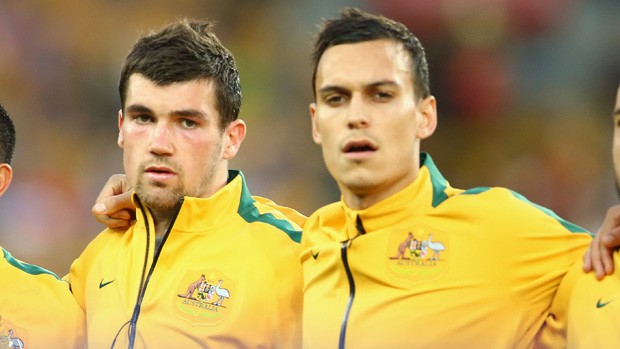 Ryan, who has been in superb touch the entire tournament conceding just twice, says the team’s defensive improvement is down to every single player sticking to their job.

But they have one hurdle still to jump on Saturday night before they will consider the job done.

The Socceroos were given a day off the training paddock on Thursday as they look to rest up for the decider, with a light team walk during the morning followed by a video session before dinner.

Ryan admitted he’s likely to do some extra work on the video in the lead-up to the final, studying Korea’s penalty takers in case a penalty shootout is required to decide the outcome.

“We normally do the penalty taking practice the day before the game as we have before every knockout game and we take advantage of technology and study some of the takers from previous games for Korea,” he said.

“I’m sure that they know we look at things and whether they alter some things also.

“Hopefully it won’t come to that. I have full belief in the squad we’ll get the victory in normal time but if it does happen hopefully I can be there at the end of the day. In the moment you just need a bit of luck and hopefully it goes Australia’s way.“

VIDEO: See some of Mat Ryan's best saves from the Group Stage

“It’s very flattering to have my name involved with a big team like that but my mind is on the job here,” Ryan said.

“I’ve been focusing on the job here and I would love to be lifting the trophy on Saturday. I’m very happy at my club in Belgium, Cub Brugge, also and if it’s meant to be something will happen in the future.”

Ryan believes Australia’s results and style of play has caught the imagination of the county and admits he’s felt the hype and love for the team grow throughout the tournament.

“We’ve been at team hotels and there’s been people lining up for us to get a picture and that sort of thing. It’s like something I have never really witnessed here in Australia,” he said.

“This spectacle on Saturday night is a chance of us to win our first piece of silverware, whenever Australia has a chance of doing that the whole nation gets behind it.

“I saw we were up against the tennis and cricket on the TV the other night and we had the most viewers. That’s a very pleasing thing that football is becoming a big part of Australian culture.

“I can’t wait to give a fairytale ending not only for the players but for the country as well.”