With no major tournament for the Caltex Socceroos to shine in this off-season, Tom Rogic made the most of his opportunity to impress on the international stage.

While the stars of the Americas and Europe have the Copa America and Euro 2016 to attract potential suitors ahead of a new European season, Australia's burgeoning talents had a smaller window in which to do so.

A series of friendlies, starting at the Stadium of Light against England followed by a double-header against Greece on home soil was all Celtic's Tom Rogic and Melbourne City's Aaron Mooy and Ingolstadt's Mathew Leckie got as they weigh up their club futures.

Rogic, in particular, impressed, but all three can look back on some decent performances as they look to push their careers to the next level.

Rogic and Mooy both put in an impressive shift against England, while Leckie's last-minute winner in the first friendly against Greece on Saturday, a 1-0 win, was a well-timed boost to his stock following a solid season in the Bundesliga. 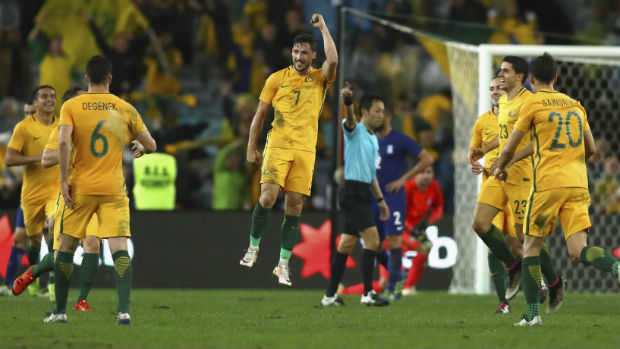 Leckie struggled in his hometown of Melbourne, but Rogic once again showed why Arsenal have reportedly taken an interest in him – his silky touch, slick feet and improved physicality coming together for a strong performance in Australia's 2-1 loss to Greece on Tuesday.

Rogic's ability to glide past opponents was on full display once again in Melbourne and he will hope it did not go unnoticed by the likes of Arsenal and other reportedly interested parties such as La Liga side Valencia, though his playmaking efforts left much to be desired.

Should Arsenal act on their reported interest in Rogic – who enjoyed his best season yet since signing for Celtic in 2013 – it would see a long-awaited return of an Australian to one of the world's biggest clubs playing in the Champions League. 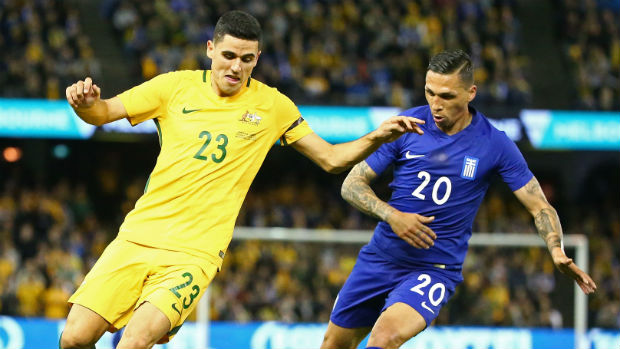 The sight of a Socceroo plying their trade in the upper leagues of Europe have become an increasingly rare thing.

Leckie is at Bundesliga side Ingolstadt, where he plays in the same league alongside Bayer Leverkusen's Robbie Kruse and Stuttgart's Mitchell Langerak.

Elsewhere, Mile Jedinak captains Crystal Palace in the Premier League while Brad Smith has made fleeting appearances in the famous red of Liverpool.

But still, it seems lightyears from a time when Harry Kewell, Mark Viduka, Tim Cahill, Lucas Neill and Marco Bresciano were headlining an Australia squad made almost exclusively of players playing in top-flight leagues in Europe.

If Rogic has done enough to suitably impress Arsene Wenger, it might just be the catalyst clubs in Europe need to look more favourably on Australian talent.