Rogic deployed as striker for Celtic in UCL qualifier

Tommy Rogic has been forced into an unfamiliar role for Celtic overnight in the first leg of their UEFA Champions League third qualifying round tie against Rosenborg.

With Moussa Dembele injured and Leigh Griffiths suspended, the Caltex Socceroos midfield star started up front for the Bhoys.

In a game of few clear cut chances, Rogic had a shot blocked in the 11th minute and also fired an effort over the bar late in the contest, which finished goalless. 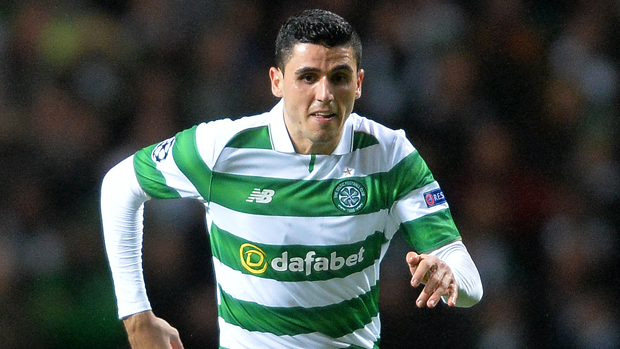 Fellow Caltex Socceroo Alex Gersbach was an unused substitute for the Norwegian side.

The two meet again in Trondheim next Wednesday to decide which team progresses to the Champions League's play-off round.

The loser will drop into the Europa League play-off round.

As for international football, the pair are likely to be part of the Caltex Socceroos squad for the crunch clashes away to Japan (Aug 31) and home to Thailand (Sep 5) in World Cup qualification.