Goals to Brisbane Roar’s James Donachie and Jamie Maclaren have helped the Olyroos defeat a feisty Vietnam 2-0 in their second group game at the AFC U-23 Championships in Doha overnight.

After losing their first game to UAE 1-0 last week, the win was a boost for Australia’s chances of qualifying through the group in a tournament that doubles as Rio 2016 qualifiers.

Overall, Vietnam showed lots of enthusiasm but lacked composure and a cutting edge, and had their excellent goalkeeper Minh Long to thank for making at least three goal-saving stops.

Australia for their part were more composed in possession, pressed well, particularly in the second half, and made good use of their dominance at set pieces.

A corner wasn’t taken care of properly and the half headed clearance was met by the big Roar defenderwho was given time to smash the ball home from just outside the six-yard box. 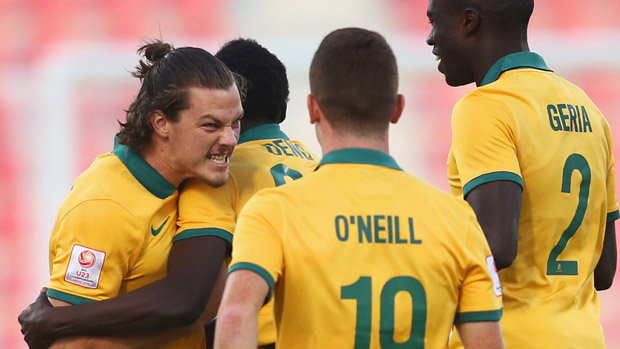 No surprise that Vietnam couldn’t defend a corner and Maclaren was on hand to make it two.

· It was a frenetic opening 45 minutes with Vietnam seemingly able to play at just one speed: 100 miles an hour.

· After Donachie’s goal it should’ve been two just minutes later when Gersbach’s set-piece was headed back onto the post by a Vietnamese defender as the keeper flapped at it.

· On 26 minutes the Vietnamese did open up the Australian defence with a neat give and go but the cutting edge was missing and Australia were able to clear witout any danger.

· Then two fantastic chances went begging for the Green and Gold. First to Hoole, who’s low shot was parried away by keeper Minh Long, who denied Maclaren shortly after with a superb save from right in front.

· The half ended with tempers boiling over but with the Aussies taking an all-important lead into the break.

· A one-on-one saw Minh Long deny Maclaren once again as Australia started the second half in confident mood.

· Donachie could’ve made it two after Long parried and the Roar man flicked the ball wide minutes later as the Aussies pressed for a second.

· From a corner, a second goal did eventuate, and it was the man who came so close, Maclaren, with the goal. 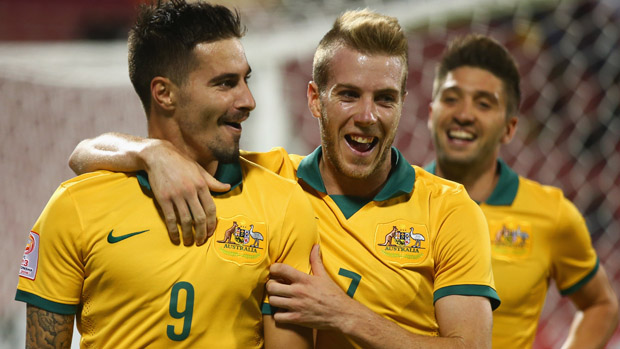 · Thomas Deng’s ankle injury forced him off with 15 minutes to go. A blow as he’d been so composed against the feisty Vietnamese.

· A sweeping build up came close to a third but Amini was denied by some desperate defending.

· Jack Duncan made a superb save in the final minutes to tip the ball over and deny Vietnam from a set piece.

Australia now plays Jordan in their final group game. In the other game played after Australia’s match, Jordan met UAE.