The rise of Kenny Dougall: Roar to Rotterdam

Young Australian defender Kenny Dougall hopes his previous experience with Ange Postecoglou will eventually lead to Socceroos selection as he helps Sparta Rotterdam towards the Eredivisie.

Dougall was a youth player at Brisbane Roar when Postecoglou led the club to consecutive A-League titles and although he never played a senior game he insists he "learned a lot" training under the highly-respected coach.

With top-tier football in Netherlands beckoning - Sparta haven't lost in 15 league games and lead the Eerste Divisie by nine points - Dougall is confident Postecoglou has noticed his form.

"He sees everything," the 22-year-old centre-back told Goal Australia.

"He knows about me, especially with me being involved with the Olyroos recently. He was there at a few camps… and if I'm at the right standard, I'll get a call-up. So I'm not really thinking about it at the moment."

Dougall added of his time with Postecoglou at Brisbane: "I felt I learned a lot from him actually. You knew what he wanted and he got the best out of players. 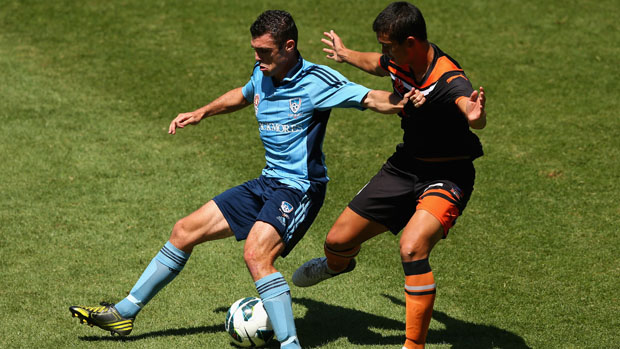 "As you can see, they won the league twice and I was training with the first team full-time, so I learned a lot from them.

"Obviously, it's a difficult thing for a young player in that environment because playing with good players, I was learning a lot, but at the same time it's difficult to break in.

After leaving the Roar in 2013, Dougall played for Brisbane City in NPL Queensland before an agent helped him move to Netherlands and second-division club Telstar.

"In 2014, I was playing amateur in Australia and now - hopefully next season, in a top league in Europe," Dougall said.

"You know, when you think about it like that, it's a big step and every time I think about it, it's kind of like a fairy tale. But I'm not taking it for granted either, I'm enjoying it and working hard, and hopefully it's just the start of my journey."

On Friday night, Dougall started his 23rd straight match in the league for Sparta as they defeated his former club 3-1.

The defender has been used both in the centre of Pastoor's back four and at left-back.

Sparta (61 points) lead VVV Venlo (52) and NAC Breda (49) in the race for the Eerste Divisie's one automatic promotion spot, while in the Eredivisie archrivals Feyenoord haven't won in nine games.

"I think it's a very exciting time for the club," Dougall said.

"They've been five years or so in the second division, so expectations dropped off a little bit, and I think that's why everyone's happy because it's come as a little bit of a surprise.

"We're comfortably on top at the moment and especially with Feyenoord struggling… we're keeping the spirits high of the Rotterdam people."

Sparta's next challenge will be against Adam Sarota's Go Ahead Eagles on Sunday.