Caltex Socceroo Josh Risdon believes his game is flourishing at international level, with the defender hopeful of getting another chance to show his wares in this week’s Dodoni Series.

The Perth Glory star earned his third Socceroos cap in last weekend’s loss to England, putting in an assured performance despite not having played a competitive match for over a month.

The 23-year-old right back feels his strengths are well suited to Ange Postecoglou’s system as he seeks to become a regular in the Socceroos quest to qualify for a fourth consecutive World Cup.

“As a fullback I really enjoy the way the boss likes the fullbacks to be really attacking,” Risdon told FFA TV from Socceroos camp in Sydney.

“I think that’s probably my main strength in my game back at Perth.

“I really like to get forward and put balls in the box and help out the wingers and strikers.

“The boss gives us a full license to get forward as much as we can, and I really enjoy that in the set-up.”

The Bunbury-born defender turned down the chance for a move overseas in the off-season when he signed a one-year contract extension with his hometown club back in March.

Having captained Glory towards the backend of last season Risdon is confident the WA club is the best place for his development and to remain in calculations for the national team. 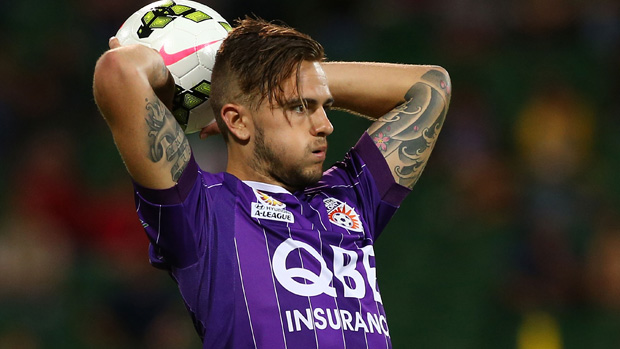 “Being a regular in this team would be unreal for me, that’s what I want to aim for,” said Risdon.

“Playing these games and playing a few more in the coming days would be unreal for me.

“Hopefully I can keep putting in good performances and keep getting named in these squads.”

Risdon will have heavy competition on his hands to retain his place for the two matches against Greece, having started against England last weekend.

China-based defender Ryan McGowan has joined the squad in Sydney, while Milos Degenek, who replaced Risdon in the second-half at the Stadium of Light, has also been added to the squad.

Risdon welcomed the competition but felt the Socceroos were not rewarded for their endevour against the Three Lions, saying it's something the squad are determined to remedy on Saturday night.

“The performance was good and very pleasing but ultimately the result was disappointing,” said Risdon.

“If we can put those two together against Greece I’m sure we’ll be very happy.

“The way we played against England was very positive and I think we can be more than happy to do that again against Greece.”