What does Socceroos defender Josh Risdon have in common with Liverpool star Sadio Mane and Juventus and Wales midfielder Aaron Ramsay.

The trio have all been named in this week’s FIFA 20 Team of the Week.

Risdon, who plays for Western United FC in the Hyundai A-League is among the substitutes for the Ultimate Team, that boasts the likes of Mane, Ramsey, Chelsea’s Ross Barkley and Arsenal keeper Bernd Leno.

The Socceroos right-back certainly deserves his spot amongst elite company after his outstanding display for United in the Hyundai A-League last weekend.

The 27-year-old notched three assists in his side’s 5-1 demolition of Adelaide United at Coopers Stadium on Saturday afternoon.

In a sensational all-round performance, Risdon ran riot down United’s right and his hat-trick of assists was just one less than the Hyundai A-League record of four in a single match, notched by Melbourne Victory's Fred against Adelaide United in the 2007 Grand Final.

Risdon assisted the first goal of the game, sliding to connect with a cross which found Besart Berisha running in on goal. 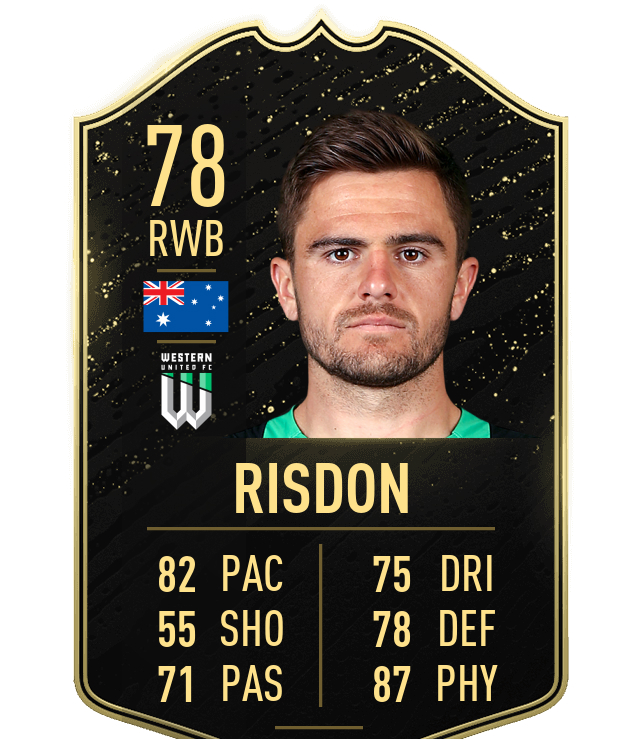 He went on to tee up Max Burgess for his first goal and United's third, then capped off his supreme performance by providing Berisha his second goal as the Green and Black jumped back into the top six.

It’s the second week in a row United have provided a player in the FIFA 20 Team of the Week following Max Burgess’ selection seven days ago.

Risdon will have to wait until Round 24 to add to his assist tally, with Mark Rudan’s side having a bye this weekend.

MORE: Silverware, promotion, play-offs and relegation – the state of play for each Socceroo
CALENDAR: Your Socceroos 2020 guide - key dates for the year ahead