Caltex Socceroo keeper Adam Federici looks like being sidelined for the rest of the season due to a knee injury, a report on AFC Bournemouth’s website revealed.

In a blow to the 32-year-old gloveman, Federici damaged the cartilage in his right knee during a recent training session.

The problem required surgery to repair the damage, meaning Federici is likely to miss the rest of the EPL season as well as March’s FIFA World Cup qualifiers against Iraq in Iran on March 23 and UAE in Sydney on March 28.

“It’s a real blow for us to lose Adam,” manager Eddie Howe said of the club’s website.

“But knowing his character, he will dig deep and work hard to get back to fitness.

“As a club, we’ll be there to support him every step of the way.” 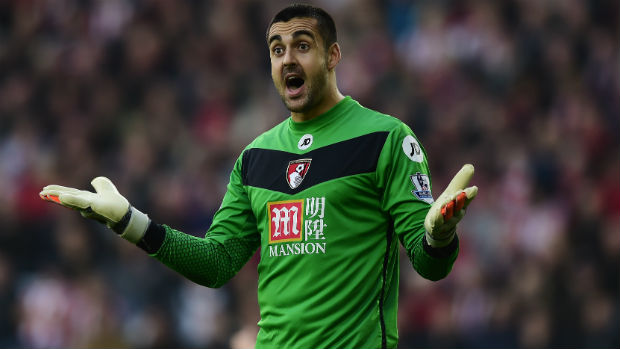 Federici has made five appearances for the Cherries this season in all competitions, including two in the EPL.

He has been a regular member of Ange Postecoglou’s Caltex Socceroo squads in recent years.

But Postecoglou will now need to find another shot-stopper to join the likes of Mat Ryan and Mitch Langerak in the squad for next month’s crucial games.

Feyenoord keeper Brad Jones has been in sensational form for the league leaders in the Eredivisie and could be close to a recall, while Sydney FC custodian Danny Vukovic could be another option.