Despite only arriving in Canberra at 10.30pm on Tuesday night – less than 48 hours before kick-off against Kyrgyzstan – Socceroo and Celtic star Tom Rogic says he’s ready to start at GIO Stadium in Thursday night's crucial World Cup qualifier.

Fresh from smashing a cracking strike against Ross County on the weekend - one Rogic says "he won’t forget” - the 22-year-old playmaker is now relishing another chance to add to his international caps tally in front of friends and family.

And he's paid tribute to Celtic boss Ronny Deila for showing faith in him during his time sidelined by injury.

“I haven’t been back [to Canberra] for some time now but obviously my friends and family are here so it’s good to come home,” an upbeat Rogic told reporters on Wednesday morning in Canberra.

“I feel ready to go. I’m feeling good physically, in a good space at the minute and enjoying my football."

Rogic will train with the squad for the first time in their final session at GIO Stadium on Wednesday afternoon.

[The Jordan game] was a bit of a reality check and something we can learn from to get better and make sure it doesn’t happen again," Rogic added when asked about the 2-0 loss last month in Amman.

“We’re not panicking or anything like that. It’s obviously not ideal but we’ll be looking to put things right on Thursday.” 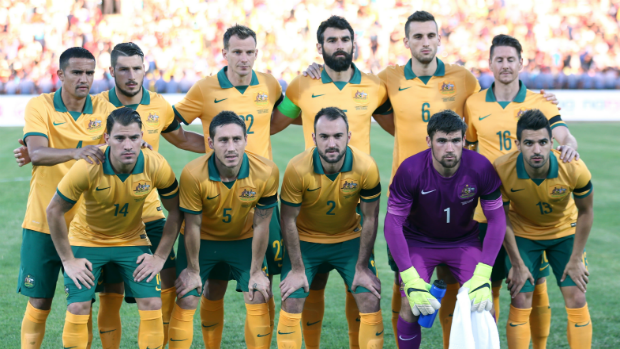 Rogic added his injury problems of the past have made him a better player and declared he’s ready to go in his home-town World Cup qualifier against Kyrgyzstan on the back of a string of fine performances for Celtic in the SPL.

While ecstatic at his purple-patch of form this season, it’s been a long and arduous road for the fleet-footed playmaker.

A couple of seasons marred by persistent injuries has made Rogic grow up quickly, but he knows he has come out the better side a stronger footballer.

“It’s been a learning experience and one that I feel has improved me as a person and a player.

"I feel as though I’ve come out of it stronger and it’s helped develop me further,” a weary but excited Rogic told reporters on Tuesday.

"There’s not much I could have done about the things that happened. But it’s how you move on a deal with it.

“When you’re in the gym doing rehab and you can’t even get out on the pitch and do a normal training session it can be tough and frustrating but that’s in the past now. I’m in a good place right now and I want that to continue.

“Injuries happen to almost every footballer so I don’t feel like I’m a special case,” he added.

“But I certainly feel as though I’m better and more mature for it.”

Rogic credited Celtic boss Ronny Deila for playing a big role to getting him back to his best, showing faith while he was sidelined.

He revealed a heart-to-heart with the Hoops’ manager at the end of last season was the kick-start he needed to get back to his best at Celtic.

“We sat down he [Deila] just wanted me to know I had a future at the club and that he wanted to see me come in at pre-season for a fresh start and on par with everyone else in the squad,” Rogic explained.

“That was good for me to give me that confidence to have a target in my mind of what I wanted to do and to achieve at the club.

“They were fantastic in supporting me over the last year and it was great to have that reassurance moving into this season.

He’s [Deila] been a great influence and helped me a lot. He’s given me a lot of confidence to go out there and play and enjoy my football and I feel as though I’m in the right environment to do that.”