It's a measure of Ryan's meteoric rise in the football world that he's now at a direct rival to Liga superpower Madrid.

But the likes of Sevilla, Athletic Bilbao, Espanyol and Valencia, who finished fourth to qualify for the UEFA Champions League play-offs, must be overcome on a regular basis if the championship crown is to return to Estadio Santiago Bernabeu.

With that in mind, Benitez took an interest in Los Che moving to bring in the Australia international shot-stopper from Club Brugge.

But, as a consummate professional who knows how to focus the spotlight on his employers, the 55-year-old coach was giving little away regarding his knowledge of the new arrival to Spain's top flight. 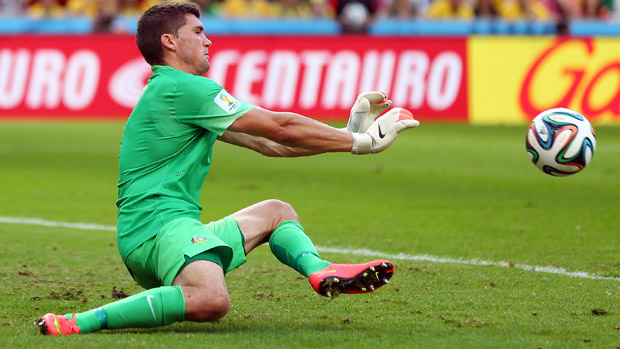 "I was reading the press about the signing, but I have my own players who I have to concentrate on," Benitez said.

"I don't know if he will start or not.

"So obviously, I wish them (Valencia and Ryan) all the best, but I cannot talk about other players."

Madrid's first meeting with Valencia will take place at the Mestalla on January 3.