The Socceroos will be out to build on a stunning opening and book their spot in the quarter-finals when they go up against a desperate Oman in Sydney on Tuesday night.

Ange Postecoglou’s side made a real statement of intent in their Group A opener last Friday, crushing Kuwait 4-1 in a fluent, attacking display that confirms them as a favourite for the tournament.

But they will be wary of an Oman outfit that pushed Korea Republic hard before going down 1-0 and Paul Le Guen’s side also have a good recent record against the Socceroos.

Like they did against Korea, Oman is likely to sit deep and try to hit the Socceroos on the counter-attack, but they also know anything other than a win will end their chances of progression.

Australia has been dealt a blow for this clash though with influential skipper Mile Jedinak ruled out with an ankle injury.

The Crystal Palace hard-man is a real leader for the Socceroos on the park and his absence does leave a hole, especially in a new-look midfield.

Mark Milligan is the most likely replacement although veteran Mark Bresciano or youngster Terry Antonis could also be considered for that role.

The back four is expected to stay the same although Postecoglou will demand an improvement from set pieces.

It was the area where Kuwait looked the most threatening – and scored the opening goal – and with Oman possessing dead-ball talents like Qasim Said and Emad Al Hosani Australia will need to be diligent.

Further forward the Socceroos boss may look to freshen things up with Tommy Oar and Nathan Burns options in attacking areas given the huge amount of work the likes of Robbie Kruse, Mathew Leckie and James Troisi got through on Friday. 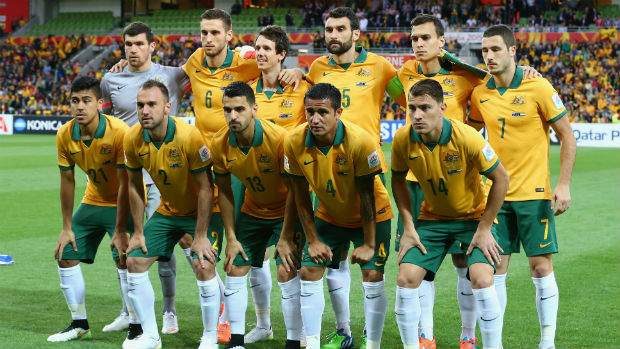 Oman will no doubt rely on their defensive solidarity but do have a couple of outlets which the Socceroos will need to shackle.

Eid Mohammed and Raed Ibrahim Saleh provide plenty of quality and creativity in the middle of the park is a threat, especially in Jedinak’s absence.

Le Guen went with AbdulAziz Al-Muqbali as the lone striker against Korea and he is likely to go that way again but he might partner him with Al Hosani for this one to try and put a bit more pressure on Australia’s inexperienced defence.

There is sure to be a fascinating duel between the Socceroos' veteran forward Tim Cahill and Oman’s no-nonsense central defence of Jaber Al Owaisi and Ali Al Busaidi.

Cahill’s aerial prowess caused Oman all sorts of problems when the two sides last met in 2013 and the pair will need to find a way to limit the impact of Australia’s greatest-ever goal-scorer.

But if there’s one thing the Socceroos can take from the opening match is that they do now look to have other options in attack than just Cahill.

The impressive Massimo Luongo and Troisi both got on the score-sheet while Leckie, Kruse, Burns and Tomi Juric were also dangerous against Kuwait.

A victory will be enough for the Socceroos to secure their quarter-final spot but Postecoglou will demand and improvement on their last performance in what will definitely be a step-up in quality of opponent.

Oman has promised to fight for their lives but Australia’s superior quality and a boisterous home support should ensure another emphatic win.

Delayed broadcast on ABC1 at 10pm

Tickets to the two remaining Socceroos group matches are still available.  Click here  to get yours today.