Ange Postecoglou’s Socceroo project has been a success so far with a major prize already in the trophy cabinet - but a new journey towards the 2018 FIFA World Cup starts now. And what a way to kick-off this next stage.

There is no bigger first assignment for the Socceroos as Asian champions than who they'll face in Kaiserslautern in the early hours of Thursday morning (AEDT).

Ange Postecoglou’s side take on world champions Germany at the Fritz-Walter-Stadion, the Green and Gold’s first outing since that historic win over Korea Republic on that utterly memorable, rollercoaster night in Sydney on January 31.

While the Germans possess a squad full of world-class talent, the Socceroos will believe they can achieve something special at a venue that has special significance in Australian football history.

History will show the Socceroos generally do well when they take on reigning World Cup-winners, while they won the most previous clash between the two nations 2-1 in Monchengladbach in 2011.

But unlike during their surge to the Asian Cup triumph, the Socceroos come into this clash with injury problems.

Add to that the absence of winger Robbie Kruse and this could be a very-new looking Socceroo side which takes the field. 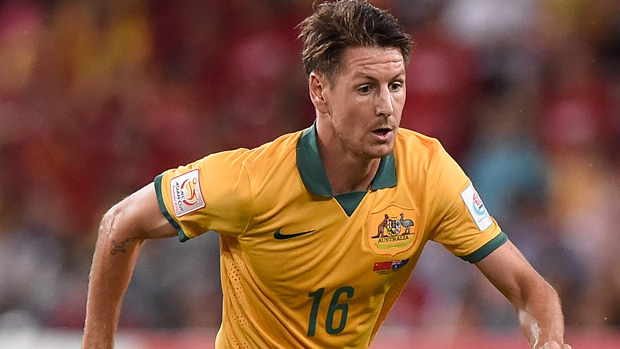 Skipper Mile Jedinak should at least be fresh having sat out the last couple of matches in the EPL due to suspension and he’ll have a huge role to play against Germany’s star-studded midfield.

So, what changes will Postecoglou make from the side that lifted the Asian Cup trophy just two months ago?

Much will depend on Juric’s fitness but Wellington Phoenix attacker Nathan Burns must be close to a start, while at the back Alex Wilkinson might edge out Luke DeVere for Spiranovic’s spot alongside Trent Sainsbury.

In-form loveman Mat Ryan, fresh from a Belgian Cup win on Monday morning (AEDT) is likely to retain the No.1 jersey, unless Postecoglou feels he may not be fully ready for the battle.

It’s been a while since Germany-based Mitch Langerak started in the Green and Gold and a knee injury means he might not get the chance here, so if Ryan isn’t right it will be Adam Federici between the sticks.

The other interesting selection is in midfield where Luongo – who says he’s “50-50” - may miss out due to injury, opening the door for in-form Hyundai A-League start Aaron Mooy to perhaps get a chance.

Asian Cup final match-winner James Troisi is favoured to get the open wing spot due to Kruse’s injury, with Ivan Franjic (right side) and Jason Davidson (left side) are likely to be retained on each full-back role. 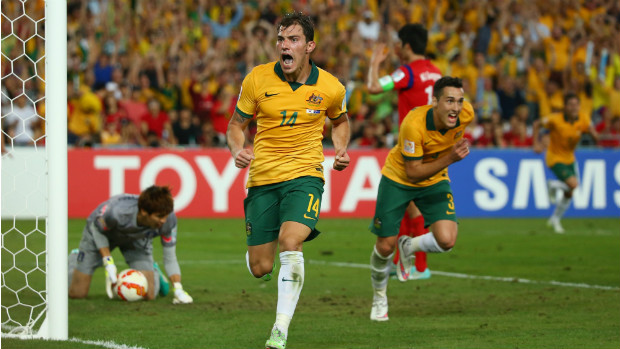 While Germany are still ranked No.1 in the FIFA world rankings, their form since lifting the trophy in Brazil last year has been far from sensational.

Inconsistency has plagued Joachim Low’s troops since then and they currently sit second – behind Poland – in their Euro 2016 qualifying group.

With a crucial qualifier to come just four days after the Socceroos clash, it will be interesting to see what side Low puts out against the Aussies.

Skipper Bastian Schweinsteiger – who hasn’t played for his national team since the World Cup – is one name likely to be on the team-sheet, while Ilkay Gundogan and Holger Badstuber may also start.

Marco Reus missed the World Cup through injury but has been in stunning form for Borussia Dortmund and looms as one the Socceroos must stop.

The venue was the scene of one of Australia's greatest moments – their first ever win at a World Cup, the 3-1 triumph over Japan in 2006.

This presents another opportunity for the Socceroos to shock the world with another big performance.

One thing you can be sure of is Australia won’t take a backward step against Germany and will attack them from the start.

Expect an entertaining clash with a few goals when the world champions host Asia's champions.